February 14, 2011-by Ted Evanoff in the Indianapolis Star.

Indiana’s Senate has handed Gov. Mitch Daniels a setback on the big coal gasification plant he wants to see built at Rockport.

Senators rejected a measure that would have cleared the way for a special pipeline sought by investors to move carbon dioxide away from the southwestern Indiana plant to buyers on the Gulf Coast.

The vote last week marked an unusual defeat for the Republican governor, whose party dominates the Senate.

The bill’s Republican sponsor, Sen. Beverly Gard of Greenfield, said some lawmakers who voted against the bill didn’t understand its significance. 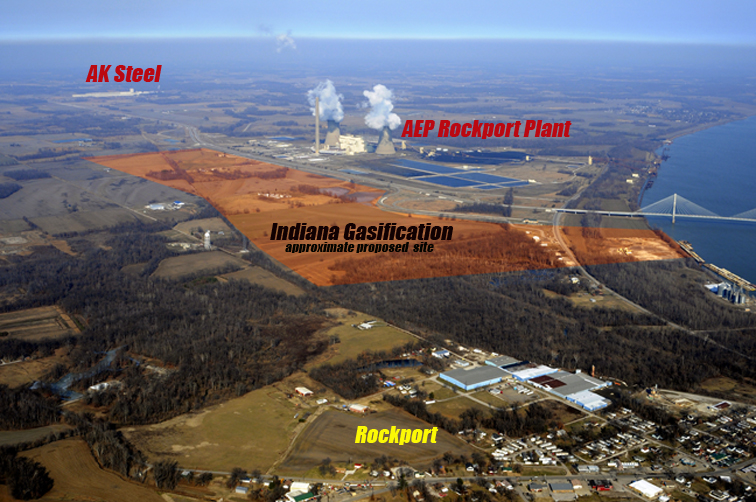 Without legislation allowing eminent domain for such pipelines, lead investor Leucadia National Corp. doubts it could secure the federal guarantees on construction loans for the $2.6 billion gasification plant it has proposed at Rockport.

This week, the top Leucadia official in Indiana, Mark Lubbers, once a chief adviser to Daniels, is expected to confer with company and legislative leaders about bringing the eminent domain measure back to the General Assembly.

Backers were stunned when the bill failed Tuesday on a vote of 28-21, with 16 of the chamber’s 37 Republicans opposed.

The defeat is considered a setback for investors and a coal industry counting on a grand energy strategy backed by some of the wealthiest names in American finance, including Goldman Sachs and General Electric Financial.

Plans call for rendering millions of tons of sulfurous Midwestern coal into natural gas, using GE gasifiers in some of the proposed plants in Indiana, Illinois and Kentucky.

Linking those gasification plants would be a seamless pipeline. The resulting carbon dioxide waste would flow across half a dozen states to the Mississippi storage caverns of Denbury Resources.

The Texas-based company sells tons of C02, as the waste is called, to gas drillers probing under the Gulf of Mexico.

Indiana would be a key part of the circuit. Carbon dioxide from Tenaska Corp.’s proposed plant in Taylorville, Ill., would run to Rockport and then to Erora Group’s proposed Cash Creek plant in western Kentucky, reports the trade journal Midwest Energy News. (More)

1 Response to Rockport gas plant backed by Daniels hits snag. Without pipeline’s OK, $2.6B Rockport project could be doomed.