Cairo, Illinois and the force of Nature 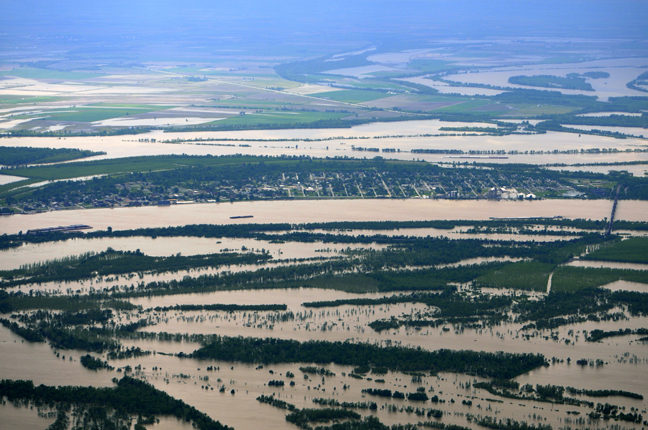 One of nature's energy centers is the confluence of the Ohio and Mississippi Rivers. Sometimes nature explodes. Cairo, IL is where nature took over this week and residents there are being told to leave their homes due to massive flooding on both of those rivers. Date of Photo Noon 4/29/11. Photo © 2011 John Blair

Cairo, Illinois is still with us but huge “sand boils” are being reported in the levee that protects the community from the power of both the Mississippi and Ohio Rivers. Cairo, in the center of this photo shot April 29th shortly after noon, is at the southern tip of Illinois and is also joined by bridges to both Kentucky and Missouri.

Residents of Cairo are being told to leave their homes due the floods occurring in both rivers. Nature bats last!