Lobbyists for the Business Roundtable and American Petroleum Institute deserve some form of twisted credit, I suppose. 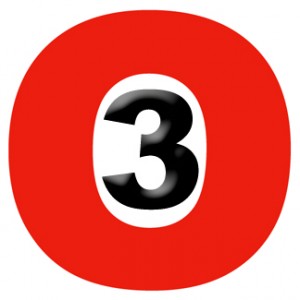 They are threatening the president and spitting on the law, but at least they are open about it.

Officials for these groups and a few other industry associations are urging the president personally to overrule EPA Administrator Lisa Jackson’s  decision to strengthen standards protecting all Americans against dangerous smog pollution.

These lobbyists want the president to intervene, based on nakedly political considerations, and quash Jackson’s decision. Business Roundtable president John Engler (and former Republican governor) has gone so far as to threaten a none too subtle backlash against the president’s re-election.

For over forty years the Clean Air Act has granted Americans the right to clean air. EPA first must determine how much air pollution is unhealthy for Americans to breathe. Then EPA must set clean air standards for pollution like smog to protect all Americans with an adequate safety margin. Special regard must be accorded vulnerable populations like children, asthmatics and the elderly. 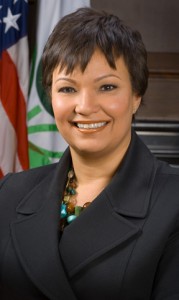 Standards must be founded on science and the best medical understanding of smog’s health hazards. Economic considerations may not distort the scientific decision over how much air pollution is unhealthy for Americans. Economics can and do factor in to how best to reduce unhealthy air pollution levels.

Jackson plans to protect Americans against smog pollution by setting more protective air quality standards. She has proposed to strengthen air quality standards for smog to fall within the range recommended unanimously by EPA’s expert science advisors and the agency’s own internal scientists. Her decision is expected in the coming weeks.

A cabal of industry lobbyists finds this unacceptable. (The industry coalition also includes the U.S. Chamber of Commerce and National Petrochemical & Refiners Association; the full list is available here.)

The lobbyists are elevating their threats and appeals to the president directly after they paid a visit to Jackson in EPA headquarters on Pennsylvania Avenue. Their courtesy call lacked only a rotting fish wrapped in a newspaper.

The lobbyists strode into Lisa Jackson’s office and delivered their strident message: stronger smog protections would cause economic ruin.  Emphasizing the most conservative EPA cost estimate for the strictest standard under consideration, the lobbyists are raging at every occasion. No one expects EPA to choose this strictest option, but it makes for a better talking point when your (mistaken) message is calamity.

(The lobbyists have scheduled a press conference for today, Tuesday, to rage some more against stronger smog protections, apparently because the rancorous debt ceiling talks have produced insufficient levels of bile in Washington.)

The lobbyists’ sound and fury signified nothing new to Jackson. She has heard it before.

Industry’s gravedigger-lawyers already had submitted negative comments to EPA. These comments unearthed every lifeless argument already buried under the weight of the expert opinion of EPA’s independent science advisors, who unanimously disagree with industry’s claims that the current smog standard protects public health. (And lest you think these science advisors are eco-radicals, their numbers include respected researchers with chemical industry ties and esteemed academics from the nation’s premier universities. The science is that overwhelming.)

These same industry associations had mounted a multi-million dollar lobbying campaign and frivolous litigation back in 1997 to block an earlier strengthening of smog standards. Then as now they created a frenzy attempting to poison the Clean Air Act’s air quality standard-setting process with illegal economic considerations. So all they needed to do before visiting Jackson was to reach to the back of a dusty filing cabinet and pull out talking points like a script from a long-cancelled sitcom.

Politico reports that Jackson listened respectfully to the lobbyists’ spiel but made clear her plan remained to strengthen smog safeguards to better protect Americans.

The lobbyists sensed their failure to strong-arm Jackson at the meeting into ignoring science, the law and her responsibilities. So now they want the president to ignore the law and overwhelming scientific consensus  supporting stronger clean air safeguards.

They want the president to endorse unprotective clean air standards by substituting economics and politics for science and medicine. To manufacture their case, the lobbyists are resorting to economic fear mongering.

They are writing the president’s chief of staff, William Daley, and calling out the president directly in the press. Oval office meeting requests cannot be far behind.

Let’s be clear. The lobbyists’ anti-scientific, anti-health agenda would require the president to break the law. President Obama would be forced to flout the Clean Air Act and a Supreme Court decision directly rejecting what the industry lobbyists are pushing.

Justice Antonin Scalia authored a unanimous opinion for the Court in 2001 that prohibits clean air from being defined based on economics rather than science. The justices found in Whitman v. American Trucking Associations that the plain language of the Clean Air Act disallows cost considerations (like those pushed by the industry lobbyists today) when deciding how much air pollution is unhealthy for Americans to breathe. The ruling upheld Clinton-era smog standards, in the course of litigation that the Bush administration defended against industry challengers. These challengers included some of the very same industry groups lobbying the president today.

The lobbyists’ entreaties to the president show no regard for such bothersome matters. When serving up a heaping course of lawlessness, they must figure side dishes of disdain and chutzpah round out the meal.

No, that the president should nullify Jackson’s responsibilities – to the law, to scientific integrity and to the American people – based on concerns over electoral politics and factors that a unanimous Supreme Court has deemed unlawful.

What should we call it when someone attempts to shake down the president to make him break the law? When powerful business interests with corporate PACs hint darkly that the president will face negative electoral consequences?

If a seedy transient pulled off this shake-down after midnight in the park behind the White House we would call it thuggery.

But when it’s carried out in daylight on Pennsylvania Avenue? By bespoke Washington lobbyists pulling down high-priced salaries?

Just another day at the office.

Download this page in PDF format
This entry was posted in Uncategorized and tagged air pollution, Lisa Jackson, Lobbyists, NRDC. Bookmark the permalink.