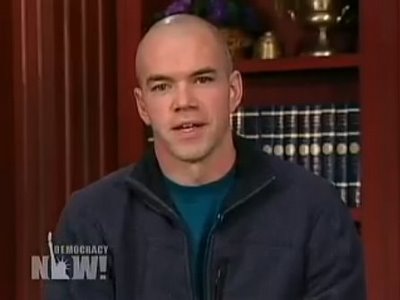 Tim DeChristopher, 29, the courageous activist who posed as an oil industry bidder to monkeywrench an oil and gas lease sale in Utah, was sentenced this afternoon to two years in prison. “Mr. DeChristopher had many other lawful ways to express his disapproval with the oil and gas leasing process,” said U.S. District Court Judge Dee Benson at the hearing.

But of course Tim’s disapproval, and that of millions of others, has not been heard by tone deaf policymakers content to wish away the reality of our role in climate change instead of acting.Tim faced a maximum sentence of 10 years in prison, and he was also was ordered to pay a $10,000 fine. He was not given the ability to take a few days to prepare himself for prison and was taken into custody immediately.”Civil disobedience can’t be the order of the day,” the judge said, adding that it would lead to “chaos.” Well, I predict that the judge’s prognostication will be wrong. We’ll see when the next civil disobedience over our failed energy policy happens, and that may be in August at the Tar Sands sit in Washington D.C. Over 1,400 people have registered to get arrested to show their contempt for the Keystone XL pipeline, a 1,700 mile long fuse to the world’s biggest carbon bomb–Canada’s tar sands.

Tim read a powerful statement at the sentencing hearing, which you can read here.