Indiana Representatives, Carson and Visclosky score “A” while the rest of indiana Congressional delegation scores “F” on clean water protections on 40th Anniversary of the Clean Water Act 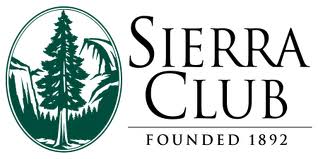 The House has voted to endanger the drinking water sources of 117 million Americans, allow toxic pesticide discharges into our waterways without oversight  and halt strong protections for toxic coal ash and destructive mountaintop removal, just to name a few.

“Americans rely on clean water – we need it to drink, grow our crops and supply our food.  Many of us depend on it for the things we enjoy most – swimming, boating, hunting and fishing,” said Michael Brune, Executive Director of the Sierra Club.  “For forty years, the Clean Water Act has helped protect our water.  But in the 112th Congress, we’ve seen an unprecedented attack from House Leadership on clean water policy.”

The Sierra Club’s Clean Water Report Card highlights which members of Congress side with Americans who care about clean water and who sides with big polluters.

“The Clean Water Act is one of America’s great success stories,” said Brune.  “Take for example, the Cuyahoga River in Ohio, which at one time was one of the most polluted rivers in the nation.  The Cuyahoga was so polluted, that it actually caught on fire multiple times in the late 1960s.  Since the passage of the Clean Water Act in 1972, the Cuyahoga – once devoid of fish – now supports 44 species and is recognized as an American Heritage river.”

“Today we should celebrate that success and move forward to build on that progress to ensure that our children and our children’s children will have safe, clean water.”

1 Response to Indiana Representatives, Carson and Visclosky score “A” while the rest of indiana Congressional delegation scores “F” on clean water protections on 40th Anniversary of the Clean Water Act