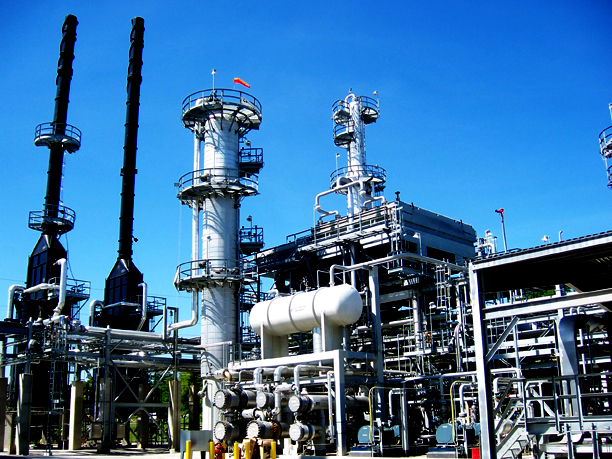 Once fully implemented, the pollution controls required by the settlement will reduce emissions of harmful air pollution that can cause respiratory problems, such as asthma, and are significant contributors to acid rain, smog, and haze, by an estimated 1,000 tons or more per year.

“Under the settlement, CountryMark will implement new practices and install innovative, cutting-edge pollution controls at its Indiana refinery,” said Cynthia Giles, assistant administrator for EPA’s Office of Enforcement and Compliance Assurance. “These innovative controls include ensuring that pollution control devices, such as flares, are operated properly to minimize pollution emitted into the air and to improve their overall efficiency.”

“This settlement requires CountryMark to install new controls and implement new practices at its refinery to reduce air pollution from all significant sources at the refinery,” said Ignacia S. Moreno, assistant attorney general for the Justice Department’s Environment and Natural Resources Division. “Notably, CountryMark will be the third refiner to put in place new measures to substantially reduce gas emissions from its flare, and the company’s commitment to retrofit diesel school buses will also reduce air emissions that affect the area’s residents.”

The complaint alleges that the company made modifications to its refinery that increased emissions without first obtaining pre-construction permits and installing required pollution control equipment. The CAA requires major sources of air pollution to obtain such permits before making changes that would result in a significant net emissions increase of any pollutant. The complaint also alleges CAA violations related to flare operation, the New Source Performance Standards, and applicable requirements for leak detection and repair (LDAR).

The settlement requires new and upgraded pollution controls, more stringent emission limits, and aggressive LDAR practices to reduce emissions from refinery equipment and processing units. The settlement also requires new controls on the refinery’s flaring devices, which are used to burn-off waste gases. The amount of pollution that flares emit depends on the total amount of waste gases sent to a flare and the efficiency at which the flare is operated when burning those gases. The settlement will ensure proper combustion efficiency for any gases that are sent to a flare and will also cap the total amount of waste gases that can be sent to a flare at the refinery. The flares requirements are part of EPA’s national effort to reduce emissions from flares at refineries, petrochemical, and chemical plants.

The flaring efficiency requirements are settlement with CountryMark are part of EPA’s national enforcement initiative to improve compliance among petroleum refiners and to reduce significant amounts of air pollution from refineries nationwide through comprehensive, company-wide enforcement settlements. The settlement with CountryMark is the 32nd under the EPA initiative. With today’s settlement, 109 refineries operating in 32 states and territories – more than 90 percent of the total refining capacity in the United States – are under judicially enforceable agreements to significantly reduce emissions of pollutants. As a result of the settlement agreements, refiners have agreed to invest more than $6 billion in new pollution controls designed to reduce emissions of sulfur dioxide, nitrogen oxides, and other pollutants by over 360,000 tons per year.

The State of Indiana actively participated in the settlement with CountryMark and has received over $110,000 to fund a supplemental environmental project to remove asbestos-containing material from an old grain elevator in downtown Mount Vernon. The settlement also requires CountryMark to provide at least $70,000 in funding for a supplemental environmental project that will install diesel retrofit and/or idle reduction technologies on school buses and/or non-school bus, publicly-owned vehicles located within 50 miles of the refinery.

The consent decree, lodged in the Southern District of Indiana, is subject to a 30-day public comment period and court approval.

More information about the settlement:http://www.epa.gov/enforcement/air/cases/countrymarkrefiningandlogisticsllc.html

Download this page in PDF format
This entry was posted in Uncategorized and tagged air pollution, CountryMark, EPA, Indiana. Bookmark the permalink.