Ten Things You Need to Know if You Burn Wood

December 1, 2014-by Josh Schlossberg in the Biomass Monitor 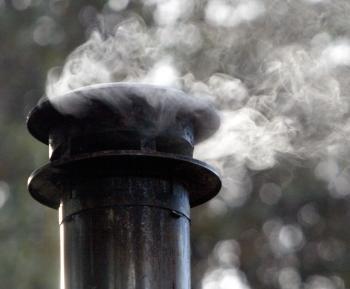 Wood heating is on the rise. 2.7 million U.S. households, making up roughly 2% of the population, are projected to burn wood as a primary heating source over the winter of 2014-2015, a 3.9% increase from the previous year, according to the U.S. Energy Information Administration. Approximately 7.7% of households use a wood or pellet stove as a secondary heating source, based on 2012 census data.

In every state except for the balmy locales of Louisiana, Mississippi, Florida and Hawaii, wood heating has increased over the last decade, largely due to lower costs in comparison to oil and local sourcing opportunities.

Despite some recent advances in stove technology, wood heating still involves combustion, a process that emits air pollutants that have been linked to various health concerns. With the recent uptick in residential and industrial wood burning, it’s in the public’s best interest to be mindful of the risks that come from stoking up the stove.

Residential wood burning “greatly increases” the amount of particulate matter (PM) in the air, pollutants smaller in diameter than a human hair, that can lodge deep inside the lungs, as well as enter the bloodstream and organs. Exposure to particulate matter can result in “aggravated asthma, chronic bronchitis, non-fatal heart attacks, and premature death,” according to the U.S. Environmental Protection Agency (EPA). PM can also trigger emphysema and strokes, with children, the elderly, sufferers of lung and heart disease, and those of lower income at highest risk.

A study by the California Air Resources Board reported that “wood smoke can cause a 10 percent increase of hospital admissions for respiratory problems among children, who are at most risk since their lungs are still developing.” Particulate matter can harm lungs during only a four hour exposure and cause even greater damage over the long-term.

The chance of premature death is 17% more likely in cities with high particulates compared to those with cleaner air, with every increase of 50 µg/m3 (microgram per square meter) of PM into the air resulting in a 6% spike in deaths and 18.5% increase in hospital admissions results, according to a study from the Harvard School of Public Health. In some cases, up to 90% of PM pollution can come from residential burning, with wood smoke regularly responsible for half of the California Bay area’s winter PM pollution.

Health costs related to wood smoke particulate matter in the U.S. have been estimated at up to $150 billion a year.

Wood burning is the largest source of PAHs in the US, with studies showing it to be the “worst contribution” to the air’s mutagenicity (likely to cause mutations in DNA, including cancer). One study concluded that burning two cords of wood can emit the same amount of PAHs as driving 13 gasoline powered cars 10,000 miles each at 20 miles/gallon.

Wood burning emits dioxin, one of the most toxic and persistent substances on the planet as well as isocyanic acid, which can cause atherosclerosis, cataracts, and rheumatoid arthritis.

Combustion of wood also re-releases heavy metals and radioactive pollution that have been absorbed by trees, in amounts significant enough that wood ash can qualify as hazardous waste under Europe’s definitions, if the standards for coal ash were applied to wood ash.

The health impacts of cigarettes was one of the biggest public health scandals of the 1980’s, resulting in smoking being banned in restaurants, bars, and other businesses and public places around the world. Despite the risks of cigarettes, you’re twelve times more likely to get cancer from wood smoke in comparison to an equal volume of second hand cigarette smoke, according to the EPA, cited in the Washington State Department of Ecology’s The Health Effects of Wood Smoke.

A fireplace burning for an hour puts out 4,300 times more PAHs than a pack and a half of cigarettes. Additionally, wood smoke “attacks” the cells of the body forty times longer than tobacco, with free radicals from wood smoke chemically active for twenty minutes, with those of tobacco lasting only thirty seconds.

Burning 1 kg of wood can emit more carcinogenic benzo[a]pyrene than 27,000 cigarettes and more formaldehyde than 6,000 cigarettes, according to Comparison of Toxic Chemicals in Wood and Cigarette Smoke, while another study calculated ambient air levels of benzo[a]pyrene from wood smoke the same as smoking two to sixteen cigarettes/day.

Yet even with the EPA’s leniency, a single wood stove can be responsible for a neighborhood exceeding even those levels, according to the American Lung Association. Since the beginning of the 2012-2013 winter stove season, the greater Fairbanks, Alaska area has logged 48 days that exceeded EPA standards. In November 2012, the air quality in the town of North Pole, Alaska, was measured as being twice as bad as Beijing’s, primarily due to wood smoke.

A study in New York — where up to 90% of the Particulate Matter measured came from wood combustion — found 26% of the population was exposed to wood smoke, with the poorer, more crowded and less-white populations receiving the highest levels of PM. Spikes of over 100 μg/m3 per cubic meter occurred during nighttime mobile monitoring, with the report linking such peaks to heart and lung problems, including heart attacks and asthma.

It’s a common misconception that the only exposure to wood smoke occurs outdoors. However, a substantial amount of smoke actually enters the homes of wood burners, with particulate matter levels found to be 26% higher, benzene levels 29% higher, and PAHs 300% to 500% higher in the homes of wood burners, compared to those who use other heating sources. Another study estimated 70% of outdoor smoke can re-enter a home.

Those who don’t burn wood themselves, yet live in a neighborhood of wood burners, experience indoor particulate levels 50-70% of outdoor levels, according to a Seattle study, as wood smoke has the tendency to hang close to the ground and infiltrate homes, schools, and hospitals.

7) EPA Stoves Not Much Better

In Libby, Montana over $2.5 million financed the replacement of old wood stoves with EPA certified stoves, resulting in only a 28% reduction in emissions. Measures to further improve wood stove emissions are getting major pushback from the wood heating industry and some politicians.

Some medical professionals who have been studying the health impacts of wood smoke are concerned about the health ramifications, while others are calling for a phasing out of wood stoves. Dr. Brian Moench, president of Utah Physicians for a Healthy Environment, wants to see an end to residential wood burning. “We don’t have a lot of options,” he said. “We can accept our air pollution is not solvable, we can stop driving all our cars, we can tell industry to shut down, or we can stop burning wood.”

American Lung Association urges that the public “should avoid burning wood in houses where less polluting heating alternatives are available.”

Trends show more and more Americans burning wood to heat their homes, causing shortages of cordwood and pellets in some regions and the resulting price spikes. While an individual may choose not to operate a wood stove, a portion of his or her tax dollars may still subsidize those who do.

A $300 federal tax credit has been available to those purchasing new wood stoves or pellet stoves, with the policy set to expire in January 1, 2014, though industry groups claim an extension is possible. Eight states provide tax credits, rebates or deductions for wood heating, including Alabama, Arizona, Idaho, Maine, Maryland, Montana, and Oregon, with New York State offering a $1,000 tax credit for the purchase of a new pellet stove.

There are options for those seeking non-combustion technologies to heat their homes. Alternatives include ground source heat pumps, air source heat pumps, solar thermal, passive solar, and even experimental technologies, such as compost heating. No matter the heating source, the most basic and important step any homeowner can take to reduce energy demands is through insulation and other conservation and efficiency measures.

In some areas, you might not have a choice about whether you burn wood or not. Many states, such as Arizona, California, and Washington, enforce burn bans and restrictions, based on changes in air quality.

Several court cases, including one in Nebraska, have determined that a neighbor’s wood stove is a nuisance. A recently adopted bylaw in the County of Essex, Ontario, Canada states that one or more complaints in regards to smoke that has a “detrimental impact on the use and enjoyment” of property, will result in a cease and desist order barring future burning.

Montreal has taken things a step further, with plans to phase out wood stoves altogether by 2020.