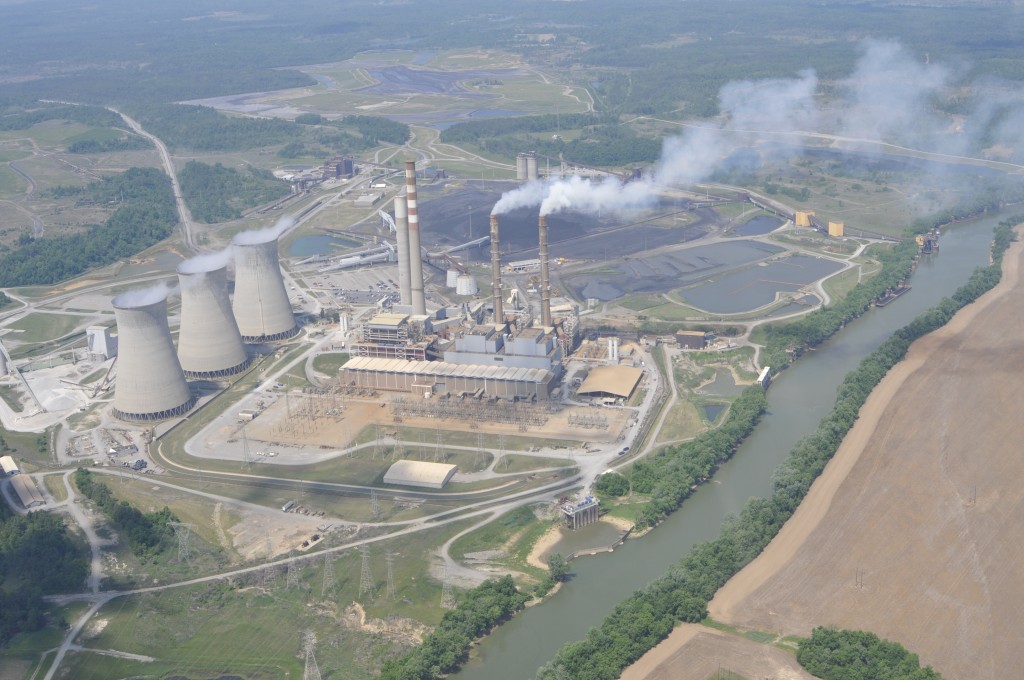 The TVA “Paradise” power station located in Muhlenberg County, Kentucky, on the Green River near Central City is one of the dirtiest power plants in the nation and adds to the unhealthful air quality of SW Indiana and W. Kentucky. Two of its units are being replaced by a series of combined cycle natural gas plants which should significantly improve the region’s air. This is a file photo © 2012 BlairPhotoEVV

A federal judge has dismissed a lawsuit brought by the coal industry against the Tennessee Valley Authority that tried to block TVA’s plans to shut down two of the three units at a Kentucky coal plant.

The Kentucky Coal Association and a group of landowners near the Paradise plant sued TVA in July, claiming that a full environmental impact study was required for a new gas-fired plant to be built to replace the 55-year-old Paradise units. TVA conducted an environmental assessment, but the plaintiffs claim TVA failed to follow its own rules for the more extensive environmental impact study of the new gas plant. The plaintiff’s called TVA’s decision “arbitrary capricious and an abuse of discretion.”

But McKinley rejected such claims and ruled that through its integrated resource plan, environmental assessment and public hearings, TVA had met its standard for a decision on the coal-fired plants.

“The court’s ruling affirms that TVA took the proper considerations into account in making this important decision for the people of the Tennessee Valley,” TVA spokesman Scott Brooks said today.

Brooks said TVA is in the early phases of construction of the combined-cycle gas plant at Paradise, and is moving forward with the permitting process. TVA will continue to operate one coal-fired unit at Paradise.