Plastics Recycling is obviously not working. What remains to be done to make it work. 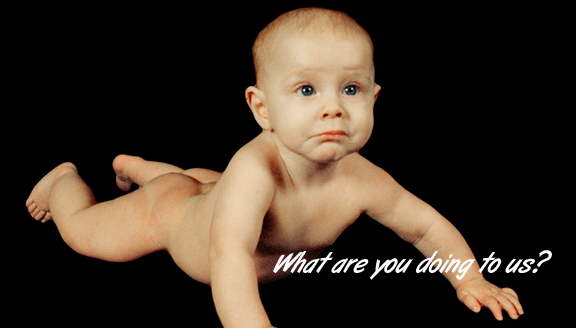 We’re told that a world without plastics is impossible to imagine. But 70 years ago, I lived with almost none of it. Modern humans lived without it for almost 200-thousand years. Now it’s plainly an existential threat to all life on Earth. And it’s literally everywhere. It’s impossible to overstate how much plastic surrounds us.

Plastics production began, in earnest, about 1950 and grew quite steadily over the last 70 years to the point that more than 9.1 billion tons of plastic have been made. That’s more than enough to cover Manhattan’s 22.7 square mile area under two miles of plastic waste – a staggering 45 cubic miles of plastic. Until recently, plastics manufacturers haven’t considered where it would all go after its use. Much of it is used less than one minute before carelessly discarded. Plastics aren’t durable, but they simultaneously fail to decompose safely in a timely manner. They all migrate harmful toxins into whatever they contact.

We’re led to think the ‘chasing arrows’ symbol on plastic indicates it’s recyclable and that the number inside the triangles indicates the type of plastic. Both are exaggerations, essentially deceptions. The chemical makeup of all plastic types varies between manufacturers. There is no standard, making the recycling numbers nonspecific for the purposes of recycling. Dave Williamson, an ancient plastic recycler in Berkeley, considers that inconsistency in plastic formulas one type of contamination that hinders recycling because they cannot be mixed without decreasing its value. Another type of contamination comes from the substances that the plastic containers held. In other words, your food gets into the plastic. Conversely, that plastic also gets into your food.

The FDA, which regulates food contact plastics, states that all plastics must meet their standards for migration of toxic chemicals. But FDA regulations are not consistent with current scientific knowledge.  They fail to acknowledge that extremely low doses of plastic’s constituent chemicals disturb and injure the endocrine systems of humans and all animals. And the industry is trusted to test its own products, leaving us with little defense and protecting the industry instead. The chemical ingredients of plastics are proprietary information protected by law – trade secrets. The FDA is prohibited from releasing them to the public which makes public research of the toxicity extremely difficult.

Officially, 9% has been recycled, but less than 1% has been recycled more than once. That means it isn’t actually recycled or recyclable. The system of recycling was never meaningfully thought out. Instead it’s merely a tool of waste management that was fraudulently concocted by the industry to impose its responsibilities onto the public. Their burden of waste is placed on the public in terms of tax dollars, land use, environmental damage and depletion, as well as simple aesthetics and healthcare costs. These are enormous burdens on all parts of society. Even academic integrity is severely affected by corporate control through its funding.

Incineration is presently at 12% and rising. The majority, 60% of all plastics ever produced were landfilled or discarded in the natural environment. Plastics recycling is a lie. Biodegradable plastics is an oxymoron because the legal definitions barely consider the massive volumes produced and their toxicity.  Quite simply, they don’t biodegrade. Green plastics and the circular economy of plastics are yet more distractions to allow plastics to continue being produced. Bioplastics can be just as toxic as petroleum-based plastics. They have the added burden of being composed of GMO crops such as corn and soy which are products of a vile commercial ag industry that thrives on highly toxic synthetic chemical inputs such as Monsanto’s Roundup herbicide. Bioplastics also fail to fully biodegrade. The key tools of these massive corporations are lies, spin, lobbyists, payoffs, threats, and more lies.

In the early 1960s, plastic trash floated by me as I sailed the Long Island Sound. In 1974, Dr Edward J. Carpenter wrote about his observations of pelagic plastic in the journal Science.   He recently told me that a plastics industry representative visited him at his workplace, Woods Hole Oceanographic Institute and threatened him and possibly his superiors to discontinue writing about it. In 2001, we learned that there was 6-times more plastic floating plankton in the North Pacific Gyre by weight.  The response from regulators was a daft silence.

Twenty years later and conditions are critically worse, both in terms of quantities and how much is known about the harm of these environmental toxicants to all life. Not only has there been no effective action taken in reducing plastics waste and production, there’s considerably more going into the oceans, up into the air and down into the earth. My own opinion is that the production of most or all plastics and synthetic polymers must be halted immediately. If it is made, there is no way to control where it ends up. And the chances of chemically redesigning these plastics to be nontoxic is close to zero. Reducing toxicity could be compared to a Biden presidency to replace Trump’s.

By 2016, the US was desperately keeping up with plastic waste by shipping almost 700,000 tons a year to China alone. Then in January 2018, China essentially banned all plastic waste from the US and the rest of the world. In spite of this, municipalities still carry on the hoax of recyclable plastics by collecting them at the curbside. The official reasoning is that if people are told to stop recycling, they won’t restart. But most of it goes to landfills and incinerators. Actual recycling of plastics is corporate puffery that won’t even come close to realty for decades, if at all. And even then, in order for it to be convincing, many of the environmental and social side effects will be need to be kept secret from the public.

In Indonesia, tofu makers in the East Java village Tropodo, fuel their boilers with plastic waste. Until recently, the US was a major supplier of that plastic waste.  The global environmental network IPEN <ipen.org> studied levels of dioxin in free range chicken eggs in Tropodo and found similar levels to those at a former US Army airbase in Vietnam, where the soil was contaminated by Agent Orange.  Dioxin is known as one of the most toxic chemicals and is mostly anthropogenic, or human created. The production of PVC (polyvinyl chloride) plastic inevitably creates dioxin as a byproduct. The industry claims it as unintentional. But it is most intentional because they’ve known about the problem for decades yet continue to produce it. The incineration of chlorine-containing materials like PVC also creates more dioxin.

Plastics are produced from refined oil and natural gas products, making strong corporate ties between plastics and petroleum. One of the economic effects of COVID-19 was that we used far less oil products. We drove and flew far less, making the value of Exxon Mobile got so low that it was removed from the Dow Jones Industrial Average.  The price of plastics has also reached record lows.

Taxpayers fund direct subsidies to the fossil fuel industry is about $20 billion per year. That means we fund climate change. The US is now producing more energy than is consumed. Therefore, the industry is searching for a place to put its excess oil and gas, which it firmly insists on continuing.  Plastics is that place.

Industry has its hopes on Kenya as a hub to spread US plastics throughout Africa. The key to the project are US-Kenyan trade negotiations which its president is in favor of. The snag for him is that on 28 August 2017, Kenya banned plastic bags and stopped importing plastic waste. Undoubtedly, lobbyists will find profitable employment in that effort.

In the final analysis, we are a species gone mad on the idea that technology will save us. It was driven by our troops returning from that WW2 victory with a head full of ideas. They were nurtured on weapons like nerve gas, nuclear bombs and napalm. Imbued with confidence coupled with a sense of invincibility, they believed they could literally do anything. At night, I’d sit with my father, a WW2 veteran, listening to “his” war era music. He’d sailed around the globe many times and was quite near to Japan on a Liberty ship when they surrendered in 1945. Like the rest of his generation, he had a fascination with technology. I did too, at least until I started researching many technologies in 1993. Because of dangerous corporate misinformation in all media, it’s difficult for the toxic reality to overcome that delusion of technology. The truth is that all or most plastic production must be halted because if it is made, there is no containing it.

Download this page in PDF format
This entry was posted in Uncategorized and tagged Plastic Waste, SABIC. Bookmark the permalink.

3 Responses to Plastics Recycling is obviously not working. What remains to be done to make it work.