BREAKING NEWS- The Indiana State Senate today rejected a plan by Governor, Mitch Daniels and others to allow the taking of private land for a pipeline proposed to take carbon dioxide away from a proposed new coal plant in Rockport by a vote of 28-21.

Denbury Resources and the Leucadia National Corp. had planned to use the eminent domain power that was proposed by the bill, SB 072, to seize land from private parties for their pipeline but the Senate rejected the bill soundly, including a vote by new Tea Party backed Senator, James Tomes and former supporter of the plant, Richard Young, whose district includes Rockport. 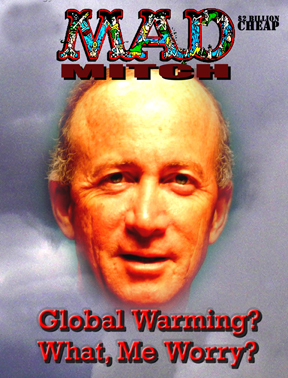 Veneta Becker, District 50, (Evansville/Newburgh) voted for the power transfer and has been a supporter of the plant which has required massive government support including State Government intervention into the private commodities market and a federal loan guarantee just to appear economically sound.

Several regional an statewide groups are fighting the plant including Valley Watch, the Sierra Club, Citizens Action Coalition and Spencer County Citizens for Quality of Life.

The plant and its “one of a kind” financial arrangement which more resembles the Red Chinese model of business than that of free enterprise remains subject to approval by the Indiana Utility Regulatory Commission where the fore mentioned groups are intervening to stop it. The fate before the IURC is uncertain but it is clear that this is a project long desired by Mitch Daniels and the socialist wing of state government.