Below is a picture I shot this morning of the atrocious air pollution in Evansville today, 11/16. It was basically the same yesterday as fine particles built up in the region. Unfortunately, IDEM nor  the local EPA has any data to record what is probably an exceedance of the 24 hour fine particle standard so there is no air pollution alerts or anything to warn people of the severity of the problem. 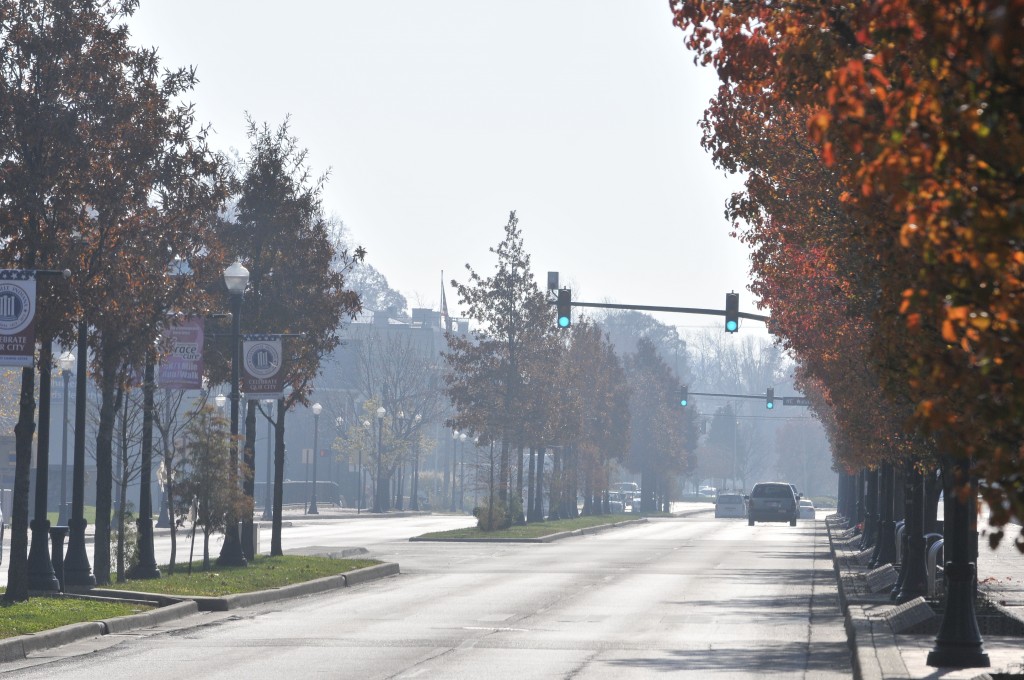 This is what the air looked like this morning in Evansville along Riverside Drive, as fine particle pollution rose to unhealthy levels. Unfortunately, we will not know just how unhealthy since once again the official monitor for the city was “down for preventative maintenance” for this air pollution event, which started yesterday. Valley Watch has completely lost trust in both IDEM and the local EPA to provide honest assessments of air quality since it seems the monitors never work correctly when the air quality is bad. Photo: © 2012 John Blair

IDEM is supposed to maintain a near real-time data website (http://leads.idem.in.gov/cgi-bin/idem/daily_summary.pl) but for the last two days, while air quality worsened, their site shows absolutely no data using the term PMA instead of quantitative figures. IDEM defines PMA as: “PMA – Preventative maintenance. Indicates the CAMS is undergoing maintenance and data collected is not valid data.”

Sadly, what is happening today and yesterday will likely not be included in any determination of whether or not we actually meet the health based standards for fine particles  since the monitor is conveniently down for “preventative” maintenance. Maybe by “preventative” they mean prevent a violation of the standard.

I am asking for permission to publish a letter a Valley Watch board member received from Evansville EPA leader, Dona Bergman and will share that when permission is received but in the meantime here are two sentences from that letter, date August 1, 2012 which was in response to data that USEPA had collected which showed EVV air quality was worse than the State and local governments were acknowledging, “For much of the period you examined, the data from the BV continuous monitor had a high bias (see for example the chart below).  In fact, quite a bit of the Buena Vista monitor’s data were removed from IDEM’s websites because they were invalidated.”

It seems that every time there is an air quality problem around here there is some kind of excuse forthcoming as to why the official monitors are incorrect except on days when air quality is on the good side, then they are never wrong.