Nature has its way-Cuts new channel in the Wabash River 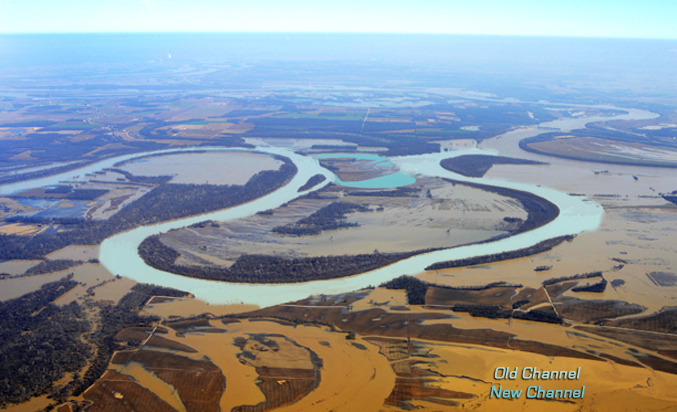 Nature could care less what man does. It knows it will prevail. A couple of years ago a new channel was cut in the Wabash River near its mouth with the Ohio River creating a massive new island. Now another island has formed, at least when the River is high as it is this week.

In this picture, © 2011 John Blair, you can see the results of the new cuts rather plainly when color is added to the muddy flood waters. The light blue area depicts the older channel as it reaches the Ohio River, seen on the right. The newest channels are depicted as turquoise.

At the bottom center of the picture is a very old channel that is now devoid of water, even in this period of flooding.