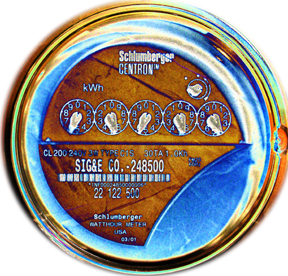 While I certainly applaud Vectren’s effort to increase efficiency in power production, especially since their “pulverized coal” plants are less than 35% efficient, but their arrogance in asking for a rate increase when they are already the highest anywhere in the region seems overwhelming.

With more than five of their staff enjoying incomes of more than a million dollars per year, and their active board members “earning” just under $100,000 each for attending meetings, for them to even ask for a rate increase to improve their efficiency is a slap in the face of their customers and the fact they operate as a monopoly which we are all forced to patronize, at least if we want to run our TVs and stay warm in the winter.

Sadly, they will likely receive the rate “relief” they desire since the Indiana Utility Regulatory Commission is nothing more than a rubber stamp for the utilities. Sure they will hold hearings and the so called consumer counselor will weigh in saying the relief should be less but at the end of the process Vectren will get what they want and their customers will get screwed, regardless whether the rates are justified or not.

Democracy is not served well in Indiana by the cozy relationship the various utilities enjoy with the IURC and others in state government. Monopolies should be regulated and reigned in when it comes to confiscatory rates which Vectren clearly has achieved.

We all know of stories where people are forced to make decisions whether to heat their home or buy food and medicine with the outcome being their termination of service when they simply cannot pay Vectren’s exorbitant fees and rates.

Of course, if I was making $100,000 for doing nothing but attending a few meetings each year, I might be equally unconcerned about the plight of my neighbors who are having difficulty simply finding a job.