What Is The Future Of King Coal In China?

When it comes to coal consumption, no other nation comes close to China. The country reigns as the world’s largest coal user, burning almost half of the global total each year. About 70 percent of China’s total energy consumption and nearly 80 percent of its electricity production come from coal, and its recent shift from being a historical net coal exporter to the world’s largest net coal importer took only three years. 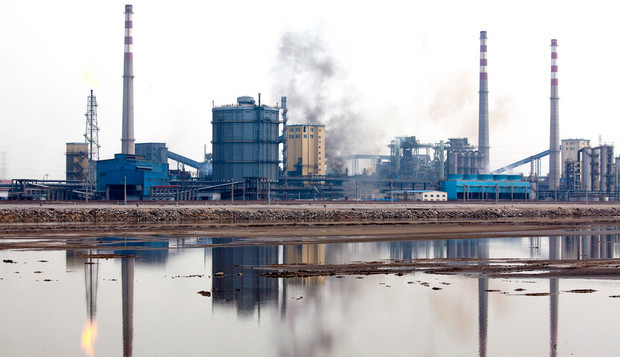 A coal processing facility at the Bohai New Area port zone of Cangzhou, Hebei Province, China. Traditional wisdom has been that China is building massive numbers of new coal-fired plants, and that such development would continue forever. Photographer: Adam Dean/Bloomberg

China’s great thirst for coal is undeniably troubling from a sustainable development standpoint. However, the situation may be changing. I recently joined three other experts to speak at a Congressional briefing entitled, “Why China Is Acting on Clean Energy: Successes, Challenges, and Implications for U.S. Policy.”While my fellow speakers spoke about the progress of clean energy development in China, I sought to explain how the growing constraints on coal development are acting as one factor pushing China to move more aggressively towards clean energy.

Traditional wisdom has been that China is building massive numbers of new coal-fired plants, and that such development would continue forever. However, two new indicators seem to be telling a different story.

The first and arguably most important indicator is the weak economic performance of China’s coal power sector, which accounts for more than half of China’s coal consumption. China’s State Electricity Regulatory Commission (SERC) reportedthat almost all coal-fired plants have been losing money since last year. Investment in coal-fired plants in 2011 was not even half of what was invested in 2005. About one-third of the proposed new coal–fired plants that have been approved are delaying the start of their construction, resulting in a big slowdown in newly added coal power capacity. In fact, based on the number of coal-fired plants completed this year so far, newly installed capacity is likely to be only half of what was installed last year.

This dramatic decrease in new coal development is mainly a result of China’s economic slow-down and weaker demands for new energy. It is also a result of the long-standing electricity sales price freeze imposed by the Chinese government on the power sector.

Another important trend not to be overlooked is the rising public concern over coal’s environmental and health impacts. In response to unprecedented deterioration of the environment, public awareness of environmental problems is rising rapidly. The number and scale of local social unrest incidents against pollution are mounting across the country, many of which are related to coal-fired plants. Some of these incidents have gotten international attention. In December 2011, for example, nearly 30,000 local residents protested against the expansion of a coal-fired power plant in Haimen, Guangdong Province. The project was quickly suspended after the protest turned violent.

The Future of China’s Energy System

These recent trends further demonstrate that China’s over-dependency on coal is not sustainable. The growing constraints on China’s coal development will give China more incentives to transform its energy system towards a more clean and low-carbon future.