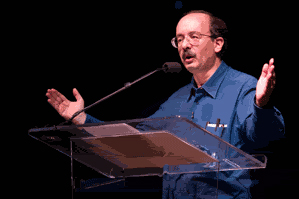 December 18, 2014 – by Jules Kortenhorst, CEO and José Maria Figueres, chairman of the Board, Rocky Mountain Institute. Editor’s note: Amory Lovins is the founder of RMI and in my mind is the guru of energy futures throughout the world.

The stark impacts of climate change are visible seemingly everywhere—from the devastating Pakistan floods in 2010, to the destruction of Hurricane Sandy in 2012, to the drought and wildfires in California and Australia this year. The world’s experts say these events are becoming more severe, causing annual losses of $200 billion—a quadrupled toll in thirty years. Humankind is almost certainly on a path to cross the 2-degree-Celsius threshold most climate scientists agree we must stay below to forestall the worst effects of global warming.

We need an energy revolution now. Which is why the alliance between Carbon War Room (CWR) and Rocky Mountain Institute (RMI)—two leading NGOs working on market-based solutions for a clean economy—is so crucial. There is a unique window of opportunity to accelerate the energy transformation to create a clean, prosperous, and secure low-carbon future for us all. As an alliance, RMI and CWR can build on our historic results, and focus on amplifying our impact beyond the sum of what we can do independently.

Current efforts to address the climate change challenge are clearly not at sufficient speed and scale across society—from local to international politics, to business practice, to consumer behavior. We need to move much further, much faster. Under one umbrella, the combined organization will generate breakthrough insights, partner with early adopters, create replicable solutions, engage with markets to remove transaction barriers, and close information gaps, all in order to scale impact and transform global energy use.

The alliance will achieve greater impact in our programs in buildings, transportation, industry, electricity, and communities. The greatest opportunities on which the alliance will focus its work include the combination of distributed solar and storage, which will increase the competitiveness of renewables; energy efficiency, which continues to be the most cost-effective method of greenhouse gas abatement; and electric vehicles, transport-related IT applications, smart urban design, and autonomous vehicles, which all lead to smarter mobility that is more efficient, lower cost, and less carbon intensive.

We already have lessons learned over three decades of successes to apply against our global aspirations. For example, Carbon War Room has worked with the shipping industry—an industry responsible for some of the world’s worst pollution and over one billion tons of carbon emissions every year—to deliver both real cost savings and carbon emissions reductions. As a result of the first global eco-labeling efforts for maritime vessel fuel efficiency, 23 percent of the global market now uses CWR’s rating to inform vessel chartering decisions, which translates to over 1.8 billion tons of cargo per year moving across our oceans on cleaner ships.

Rocky Mountain Institute demonstrated the case for breakthrough deep energy retrofits, including the retrofit of the Empire State Building, which has now scaled to hundreds of buildings across the country, and it doubled the energy efficiency gains of retrofits for the U.S. government’s General Services Administration, the largest landlord in the U.S. In electricity, RMI has pointed the U.S. Department of Energy and solar industry toward soft costs as a crucial driver of total installed system cost, convened the Electricity Innovation Lab (e-Lab) to bring together diverse electricity system stakeholders to tackle complex challenges together, and done groundbreaking analysis on the trajectory of solar and batteries that’s now being cited widely throughout the financial sector. We are helping communities such as Fort Collins, Colorado, and Arizona State University achieve their ambitions for zero and low-carbon energy systems. And RMI’s work in China involves an unprecedented pan-Pacific partnership that brings together government agencies and nonprofit organizations to determine the maximum share of efficiency and renewables that could fuel China’s rapidly growing economy while containing carbon emissions. Those findings will likely influence China’s 13th Five-Year Plan.

The alliance between CWR and RMI means we can go even further, even faster. We can make change happen around the world, from the two biggest carbon emitters—the United States and China—to smaller nations like our respective countries Costa Rica and the Netherlands, and to every country in between. We can tackle climate change and achieve the economic, security, and environmental benefits we all hold dear in our hearts and minds.