Hermann, Mo., Mayor: ‘Nobody With an IQ Above Their Shoe Size’ Believes Prairie State Is Viable

April 1, 2015 – by IEEFA.org. Editor’s note: Valley Watch spent the greater part of two years in the middle of the last decade trying to inform various municipal electric utilities throughout the midwest that they would end up in trouble if they bought into the nefarious Prairie State Generating Station. Unfortunately, for reasons mainly connected to a combination of greed and naivete, they refused to listen, opting instead to place their economic futures in the hands of Peabody Energy and the head of the Indiana Municipal Power Agency who were promoting the plant as a means to get supposed cheap energy. Had they listened and acted on what Valley Watch was telling them, they would not have found themselves in the dire straits we predicted a decade ago. 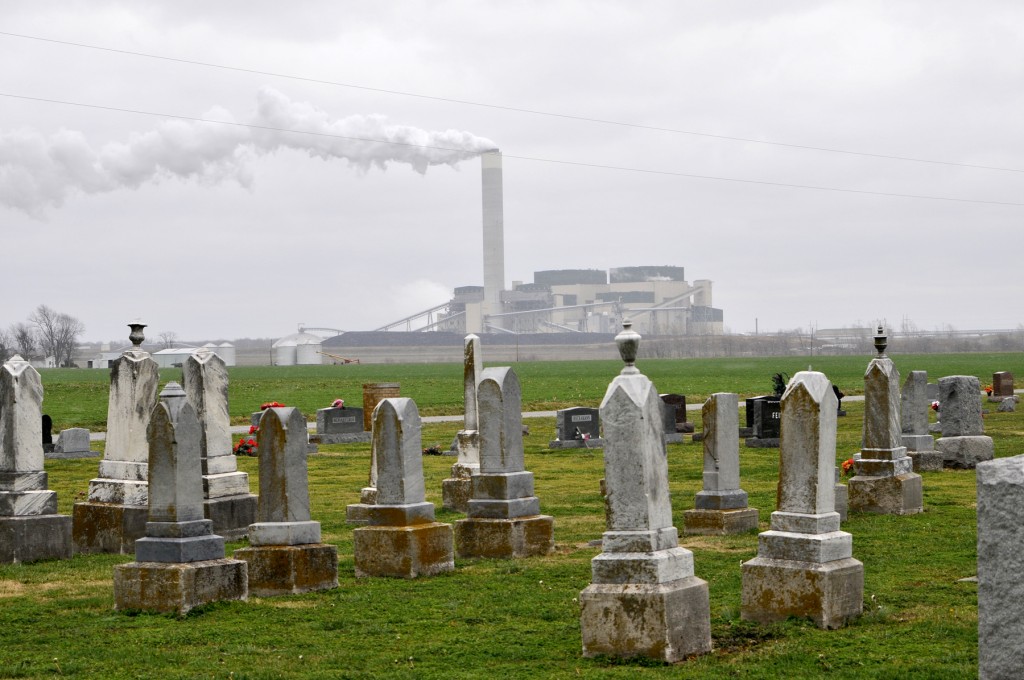 Prairies State Generating Station was originally said to cost a mere $1.5 billion and the munis who bought into it were told their energy would cost only $35/mWh. The plant ended up costing more than triple the original projections and the electricity followed suit. Photo© 2012 BlairPhotoEVV

The article, by Jacob Barker, describes the lawsuit filed earlier this month by the town of Hermann, Mo., which is seeking to end its ties to the overpriced, underperforming coal-fired plant. Parker notes also that “Peabody and the other backers” still argue that Prairie State will one day produce reliable, affordable electricity, a stance Hermann Mayor Tom Shabel says in the Post-Dispatch article is not credible: “I don’t believe that anybody with an IQ above their shoe size believes that for a New York minute.”

Barker notes that Hermann “isn’t the first to complain of electricity prices that turned out to be much higher than what was pitched.” Batavia, Ill, has sued Indiana’s public power agency and Marceline, Mo., was able to get out of its contract in 2013 after threatening legal action.