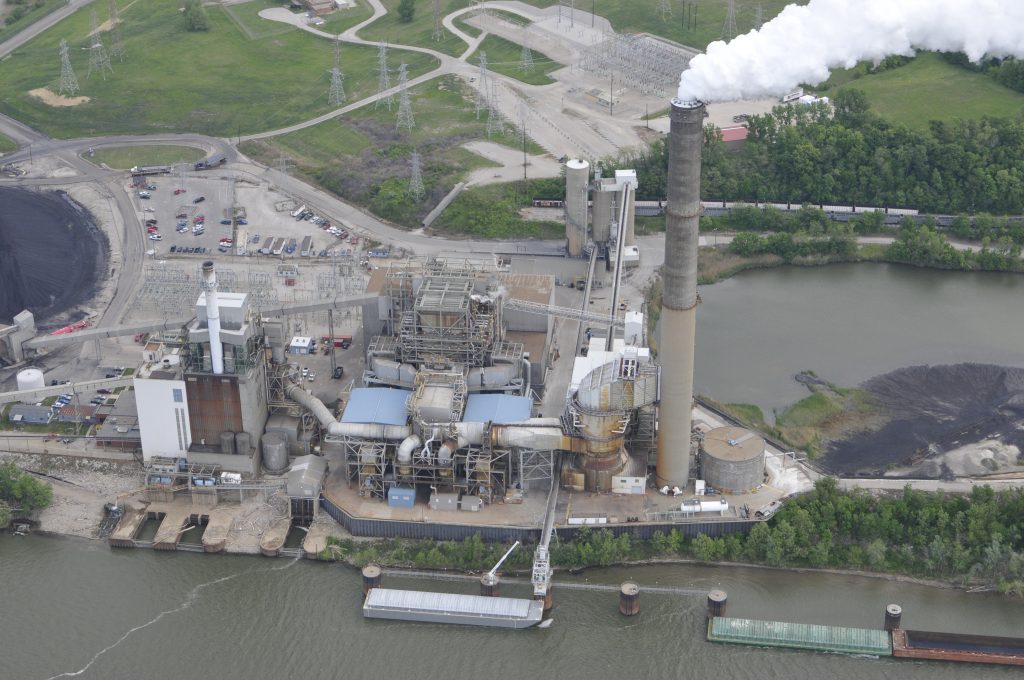 The FB Culley Unit 3 plant on the right would be the only coal plant left operating in the Vectren generation fleet if Vectren follows their just released IRP. Photo © 2012 BlairPhotoEVV

On December 16, Vectren Corporation the monopoly electric utility that serves much of southwest Indiana released is latest Integrated Resource Plan outlining its plan to meet their electric customers’ power needs twenty years ahead to 2036. The plan was met with praise from Valley Watch and others who care about the enormous level of coal pollution in the Tri-State region centered in Evansville. 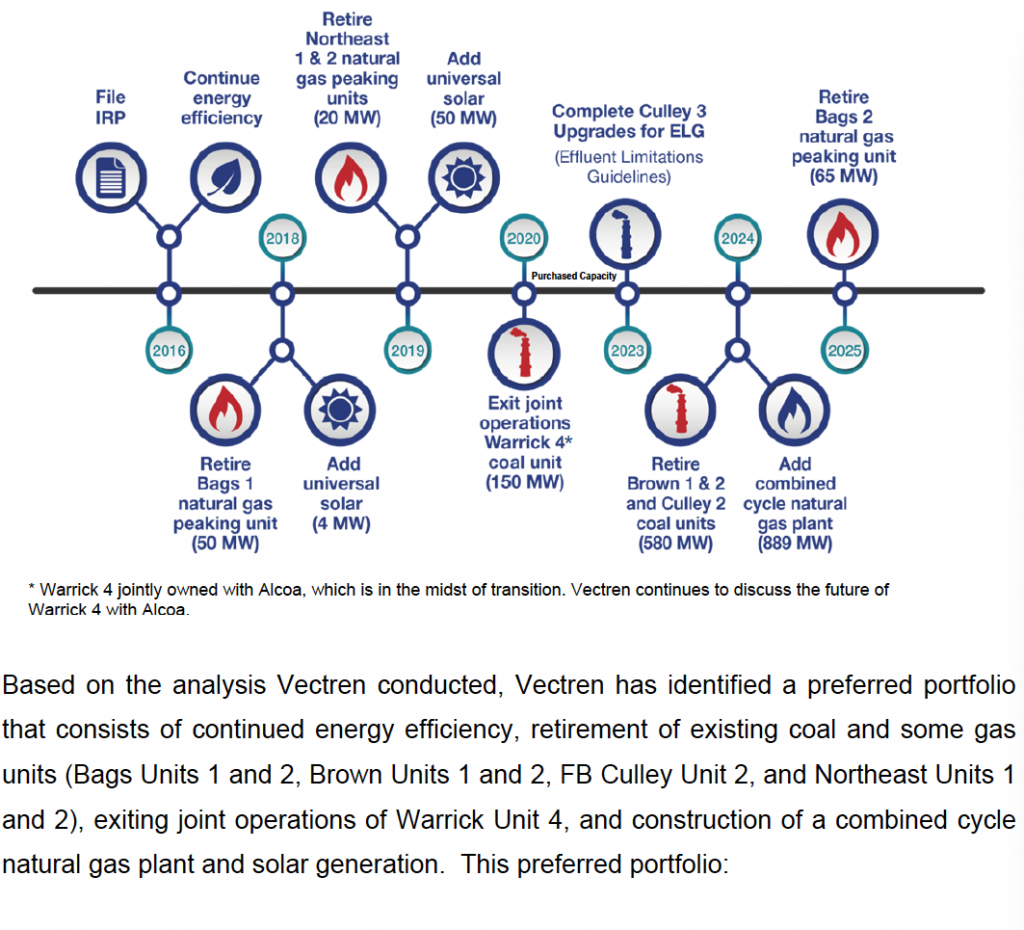 This is the timeline that Vectren proposes for retiring much of their coal fleet. Screen Shot from Vectren IRP

In brief, Vectren proposes to retire three of their four wholly owned coal units by 2024 and to “exit” its contractural operating agreement with Alcoa in Warrick County on a coal unit there. They also announced their intention to build a new Combined Cycle natural gas plant to make up for the lost generation capacity by shutting down the coal units.

The whole IRP can be accessed at Vectren.com/irp

Download this page in PDF format
This entry was posted in Uncategorized and tagged Coal, coal retirement, IRP, Vectren. Bookmark the permalink.