A major offshore wind farm has generated its first units of electricity, despite the best efforts of the President of the United States.

The wind farm, located 1.5 miles off the Aberdeenshire coast, is fully visible from a golf course owned by Donald Trump 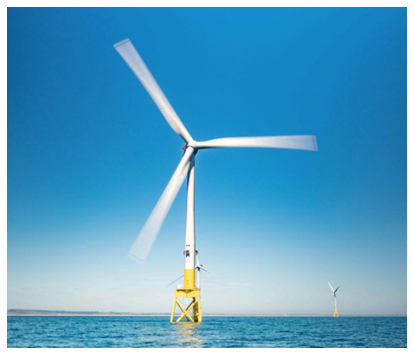 The US President fought the wind farm’s construction for years, complaining that it would ruin the views from his luxury development. After losing every court case, including at both Scotland and the UK’s highest courts, the President accepted defeat in December 2015.

Since then the wind farm has been constructed in double-quick time, with developers Vattenfall reportedly overcoming major engineering challenges to reach first power last week.

The project, officially called the European Offshore Wind Deployment Centre (EOWDC), is designed to test innovations in the offshore wind sector, and is part funded by the European Union. The wind farm consists of 11 huge turbines with a maximum height of 190 metres, more than twice the size of the Statue of Liberty. Two of the machines are rated at 8.8 megawatts, making them the world’s most powerful turbines at the moment.

Scottish Government Energy Minister, Paul Wheelhouse, said: “This is a very significant milestone…I congratulate the project team at Vattenfall for not only a successful installation but also their achievement in generating electricity from the world’s most powerful offshore wind turbines which, with each rotation, will generate enough energy to power a home for 24 hours.”

Jean Morrison, chair of Aberdeen Renewable Energy Group added: “The timescale between the first installation and first power is remarkable. The techniques and innovations developed at the EOWDC will be hugely significant for the industry and should help to reduce the future costs of offshore wind. As energy demand grows, we need to maximise the returns from our natural resources and offshore wind can help us do that.”

Download this page in PDF format
This entry was posted in Uncategorized and tagged Scotland, Stupid, Trump, wind power. Bookmark the permalink.