August 1, 2018-by David Schlissel in IEEFA News Editor’s Note: Valley Watch has  steadfastly opposed this plant since it’s conception offering sage testimony at the original CPCN hearing in Bloomington in 2007.

Duke Energy’s 5-year-old gasified coal power experiment in Edwardsport, Ind., has turned out to be a catastrophe for ratepayers.

Duke Energy’s Edwardsport plant has been a financial disaster for Hoosier ratepayers.

That’s the main conclusion of the testimony I submitted yesterday to the Indiana Utility Regulatory Commission on the plant, which was sold at the outset as a cost-effective integrated gasification combined cycle (IGCC) project that burns gasified coal, or syngas.

The all-in cost of power from the plant, including financing costs and profits for Duke, averaged $145 per megawatt-hour (MWh) over the 55 months from its opening in June 2013 through December 2017, according to the latest available data. And that doesn’t include the $397 million Duke collected from Indiana ratepayers for the plant even before it went into service. 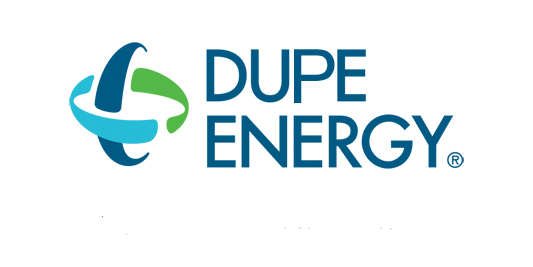 Market prices, by comparison, averaged $32 per MWh over the same period.

This means that Duke’s ratepayers paid in excess of $1.4 billion more for power from Edwardsport than they would have spent to purchase the same energy and capacity from the competitive wholesale markets in the 15-state region encompassing the grid managed by Midcontinent Independent System Operator (MISO).

Edwardsport will continue to burden ratepayers unless the commission takes some strong action.

A plant that by any empirical measure has fallen well short of expectations—and will most likely continue to do so.

My testimony explains how it is unreasonable—given Edwardsport’s high O&M expenses—to expect that the plant will produce a net economic benefit for ratepayers at any time in the foreseeable future. Indeed, Edwardsport is likely to become even more of an economic problem for Duke’s Indiana ratepayers as now-entrenched market trends persist.

Natural gas prices are expected to remain low, and design and technological improvements are driving down the costs of competing wind and solar resources. As more natural gas-fired generators and more wind and solar renewable resources are added to the MISO grid, Edwardsport will become even less economically viable. Two forces in particular are working against the plant: The fact that market prices can be expected to remain low, if not decline over time, and the likelihood that generation from Edwardsport will be displaced by lower-cost wind and solar energy.

BY ANY EMPIRICAL MEASURE, EDWARDSPORT’S OPERATING PERFORMANCE HAS FALLEN WELL SHORT of what Duke promised the Indiana commission it would be when the company sought permission to build it.  Those metrics include heat rate, capacity factor, equivalent forced outage rate and availability of syngas.

And by any forward-looking empirical measure, the plant’s performance, especially on syngas, should not be expected to improve significantly at any time in the foreseeable future.

EDWARDSPORT, IN SHORT, HAS OPERATED UNRELIABLY AND IS ENORMOUSLY EXPENSIVE TO RUN, with total operating and maintenance costs alone averaging $60 per MWh since it opened.

Its core problem, in technical terms, is that it is uneconomical unless both trains of its gasification plant operate as intended, in tandem, with both of its combustion turbines and its steam turbine producing electricity at a net capacity factor averaging 82% or more when operating on syngas. It is operating at barely half that factor.

By common regulatory standards, the plant simply cannot be considered fully “used and useful” as an integrated gasification combined cycle power plant due to its poor performance and excessive costs. The Indiana Utility Regulatory Commission, as a result, should strictly limit the plant’s operating and maintenance costs that Duke can pass along to ratepayers, thereby assuring that they pay only reasonable prices for the electricity, and only for power they actually receive from Edwardsport.