In the course of his decorated career in environmental law, Tom FitzGerald tamed the scourge of Kentucky’s renegade strip miners, prodded state regulators to protect groundwater from reckless underground mining practices, and kept some of the state’s wild rivers safe from oil and gas drilling. In these and the dozens of other cases he either won or significantly influenced as director of the tiny nonprofit Kentucky Resources Council, the 64-year-old lawyer served the public interest principally as an outsider. 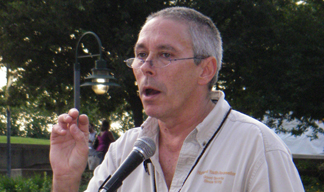 In 2014, though, President Barack Obama made FitzGerald an insider by appointing him to the governing board of the Ohio River Valley Water Sanitation Commission, more commonly known as ORSANCO. Today, FitzGerald is at the epicenter of a fierce industry-led struggle meant to end one of ORSANCO’s core missions — setting and enforcing safety limits on biological and toxic pollutants spilling into the river.

Since its establishment in 1948, the multi-state environmental agency has played an outsized role in improving water quality and ecology on America’s most important industrial river. Founded by an act of Congress and an interstate compact signed by the eight states of the 204,000-square-mile Ohio River Basin, ORSANCO has served as an innovator of policies and practices to reduce biological and toxic chemical discharges to the river. It developed and implemented so-called “pollution control standards” compelling cities and towns to stop dumping raw sewage into the Ohio River. It did the same for cleaning up chemical and toxic effluents from coal-fired power plants, refineries, and metals manufacturers along the river.

ORSANCO’s safety standards have been adopted by the six states that border the river, and incorporated by several states as requirements in discharge permits. It is widely credited for its big role in significantly improving water quality and ecological conditions along the river, which 5 million people depend upon for their drinking water.

The push to fundamentally change ORSANCO’s role is supported by some board members. But FitzGerald has fought back with a separate proposal that would maintain the pollution control standards and expand the agency’s work to help reduce biological and toxic chemical pollution. This month the full commission meets to weigh the competing measures. 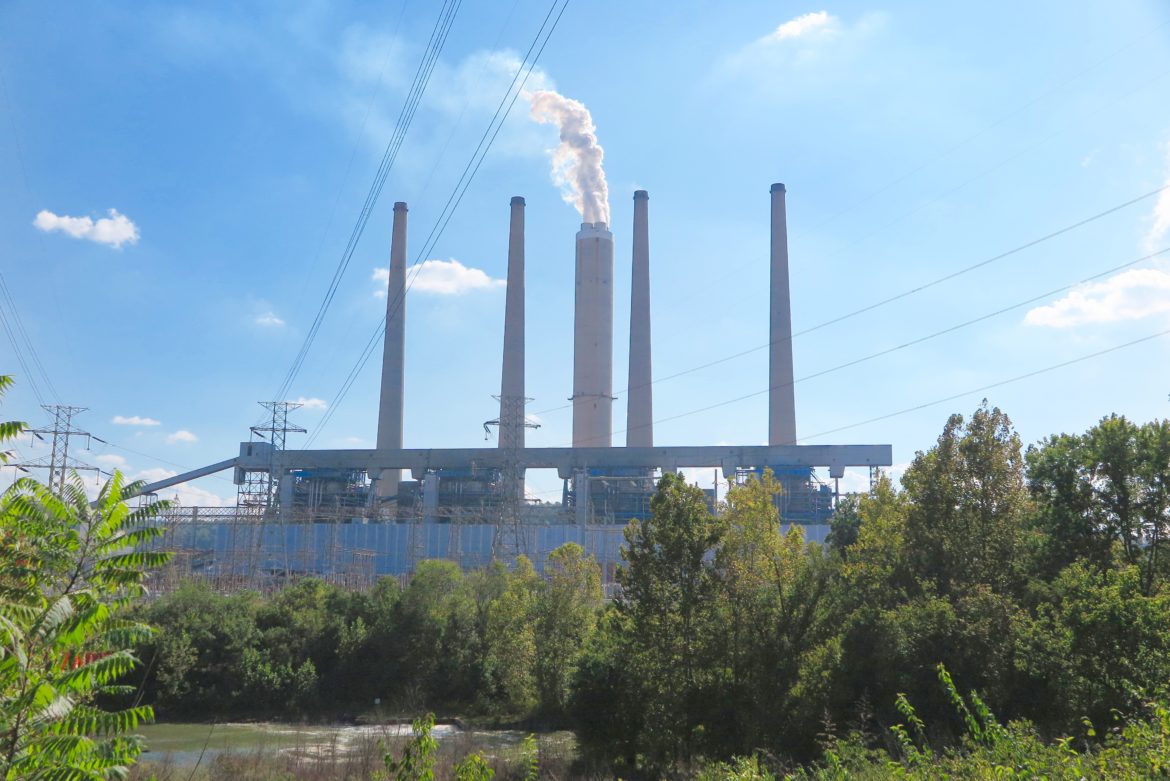 In 2014, utilities successfully challenged an ORSANCO water discharge safety limit for the J.M. Stuart coal-fired power plant in Adams County, Ohio. It was the first time an ORSANCO standard was nullified by a state environmental review board, and set off alarms and a review of the agency’s standard-setting program. The 2,318-megawatt power station closed in May 2018.

In regulation as in investment, previous achievements are no indicator of future success. Executives of coal-fired utilities and major manufacturers that operate along the river, and water quality managers in West Virginia and several other states, have been chafing for years at ORSANCO’s role in setting safety standards. One ORSANCO standard, adopted by Ohio and Pennsylvania in 2003, was particularly galling to industry. It barred “mixing zones” for PCBs, mercury, and other toxic chemicals — the practice of allowing industries to dilute pollutants in the river’s current to comply with water quality limits.

On June 18, 2014, an environmental appeals board in Ohio provided an opening to challenge ORSANCO’s standard-setting. The board sided with six big coal-fired utilities and formally rejected an ORSANCO human health safety standard included in a state discharge permit for a large coal-fired power plant in Adams County. Dayton Power and Light, the plant’s owner, and the five other utilities argued that the ORSANCO standard, which set a limit on the temperature of cooling water discharged into the river, was unlawful. They successfully argued that Ohio had never formally adopted the standard as a regulation.

The Ohio ruling, the first time an ORSANCO standard had been rejected by a state, set off alarms in the agency. It also provided the opportunity for utilities and their supporters on the ORSANCO commission to ask probing questions about the usefulness of the agency’s standard-setting program. 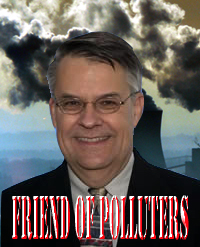 Tom Easterly was appointed by the Governor Mitch Daniels as Commissioner of IDEM. He claimed at the time that under him, the Agency would be considered “an economic development agency.”

In December 2014, Thomas Easterly, the head of Indiana’s Department of Environmental Management and the ORSANCO chairman, formed a subcommittee to review how the agency’s water quality standards are embraced and implemented by states. FitzGerald was named as one of the nine members.

‘The elimination of the ORSANCO pollution control standards is unwise and will compromise … the health of the Ohio River.”

During the course of its work, the subcommittee determined the relevance of ORSANCO standards. In 188 instances, ORSANCO established a standard for a pollutant that neither the EPA nor a state set. There are 252 other instances in which ORSANCO standards were at least 10 percent more stringent than those of the Ohio River states or the EPA. ORSANCO typically establishes standards, embraced by the states, that are more rigorous than the EPA limits. Some limit discharges of pollutants known to be dangerous — ammonia, cyanide, and mercury.

Despite this record, another issue took hold during the subcommittee’s initial meetings: whether ORSANCO’s pollution standards program was needed at all. In June 2015 Easterly revised the group’s mission to include “the evaluation of options relating to ORSANCO’s future role with water quality standards implementation.”

To some extent, the struggle inside ORSANCO is a microcosm of the national debate over environmental deregulation that has gained fresh relevancy and urgency, especially over rules safeguarding water from energy development. In February 2017, President Donald Trump signed a congressional resolution that nullified protections for mountain streams threatened by strip mining. Miners are now free to dump their rock and dirt and mine wastes into ravines. In December 2018, the Environmental Protection Agency and the Army Corps of Engineers made public their intention to end Obama-era rules that extended protections — from power plants, oil and gas drilling, and industrial sites — for remote wetlands and seasonal streams.

More: Some waters would lose protections from coal mining under rule change

The effort to eliminate ORSANCO’s standard-setting role fits the deregulation trend. During the same era when utilities are closing coal-fired power plants, which have been some of the Ohio River’s biggest industrial polluters, an immense new industry is emerging in the upper Ohio to store, process, and turn natural gas into liquid chemicals for plastics manufacturing and fuel. The mammoth transition will alter the chemical and biological character of wastewater discharges.

“There are a lot of unknowns about the build out, and what kind of facilities and what kind of pollutants they discharge,” said Angie Rosser, director of the West Virginia Rivers Coalition, a Charleston-based environmental group. “What we see are new types of chemicals in the environment that are not regulated.” 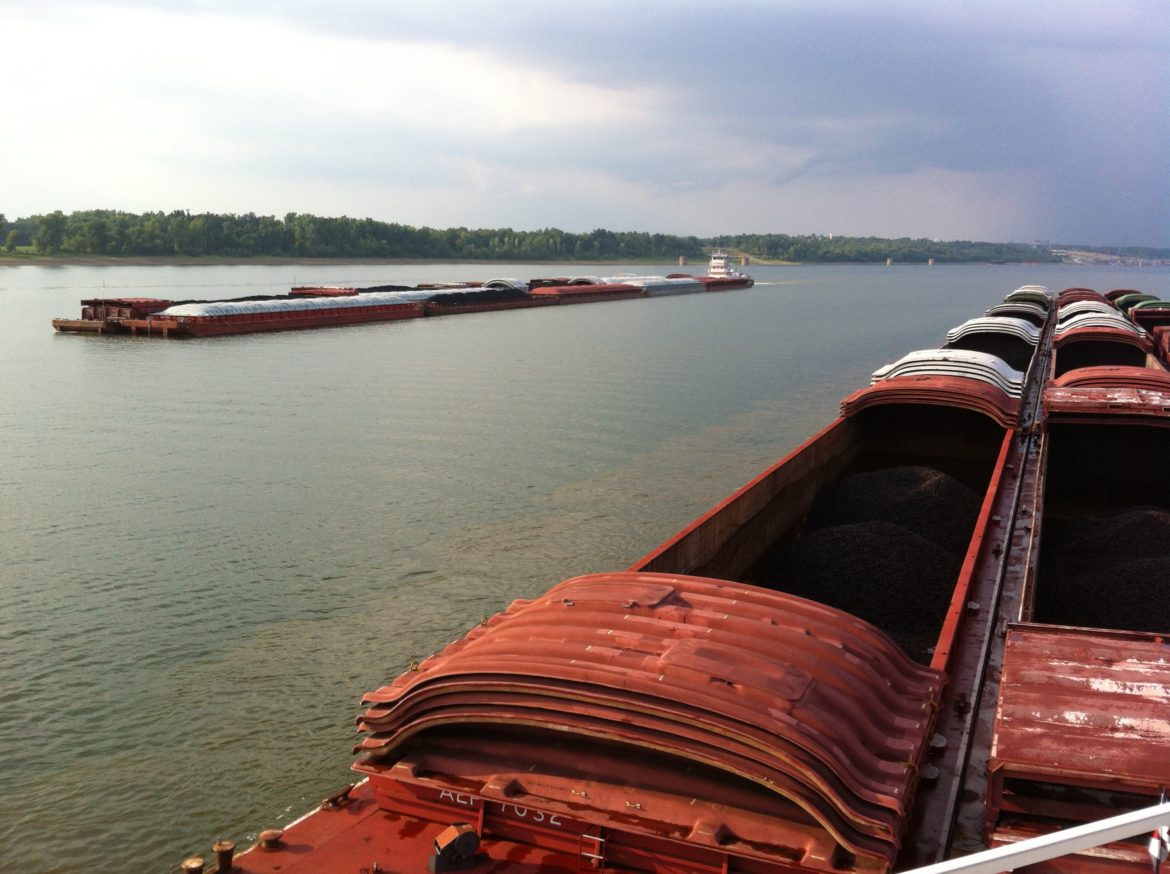 As energy producers shift from coal to natural gas and renewables to supply electricity, traffic on the Ohio River is changing. River tows, like this one near Paducah, Kentucky, are transporting less coal and more farm commodities and iron.

Two gained the most attention. The first, supported by a majority of commissioners in a preliminary vote, would essentially end the standard-setting program. The second, developed by FitzGerald, would expand the agency’s standard-setting program by working with states to ensure that more of them are adopted in state discharge permits.

The first option has attracted support from utility and industrial executives, and wastewater managers in West Virginia. They describe ending standard-setting as a prudent step in ORSANC0’s evolution from a 20th-century water quality regulator to a 21st-century agency principally focused on monitoring the river’s condition. They assert that the U.S. EPA and the six states along the 981 miles of the Ohio River already set and enforce pollution control standards and ORSANCO’s work is unnecessary.

The $100,000 to $200,000 that ORSANCO devotes each year to pollution control standards, they argue, could be better used supporting other projects — water monitoring, recreational and fisheries protection — in an agency that raises $3.2 million annually, about half from states and half from the EPA. “The commission takes its role in protecting water quality very seriously,” said Richard Harrison, ORSANCO’s executive director. “By advancing this proposal it was making sure there wasn’t redundancy.”

FitzGerald, and the allies he’s recruited on the commission’s board and in the Ohio River Basin’s environmental community, assert that curtailing ORSANCO’s standard-setting is a mistake with potentially dangerous consequences for the river. Though it’s improved, the Ohio is not close to being truly clean. For two decades it has led American waterways in industrial pollution.

In every previous era of industrial transformation since it was established, FitzGerald argues, ORSANCO’s small staff of scientists and technical experts were at the head of the regulatory pack in studying new industrial pollutants, deciding what levels are safe for discharging into the Ohio, and defending those standards.

FitzGerald’s arguments swayed some of his ORSANCO colleagues. In 2017, he wrote a “minority report” that “reflects the grave concern of several commissioners that the elimination of the ORSANCO pollution control standards is unwise and will compromise, rather than further, the goals of the compact and the health of the Ohio River.”

In 2018, ORSANCO introduced FitzGerald’s idea to expand the program so that agency pollution standards are more consistently embraced and enforced by the six states along the river. FitzGerald advocated its approval among his peers inside the agency, and among his colleagues in the environmental and public interest communities. The vast majority of public comments received by the agency oppose gutting the program and support FitzGerald’s expansion idea.

During a commission meeting in Louisville last spring, FitzGerald urged the full governing board not to deregulate. “I don’t know that this is the time for us to signal a retreat from the historic function of the commission of setting standards and encouraging the states to work cooperatively to assure that those standards are implemented,” he said.

It appears FitzGerald has made significant progress. Toby Frevert, a retired Illinois water quality regulator who leads the subcommittee considering the proposals, said in an interview that in five years of review, his panel has not reached a consensus. During the upcoming meeting, commissioners could decide that more evaluation, and more public comment, may be required. “There is a high likelihood that we are looking at something different than what we proposed,” Frevert said.

The commission’s 24-member board meets in Covington, Kentucky, on Feb. 14 to consider the next step.