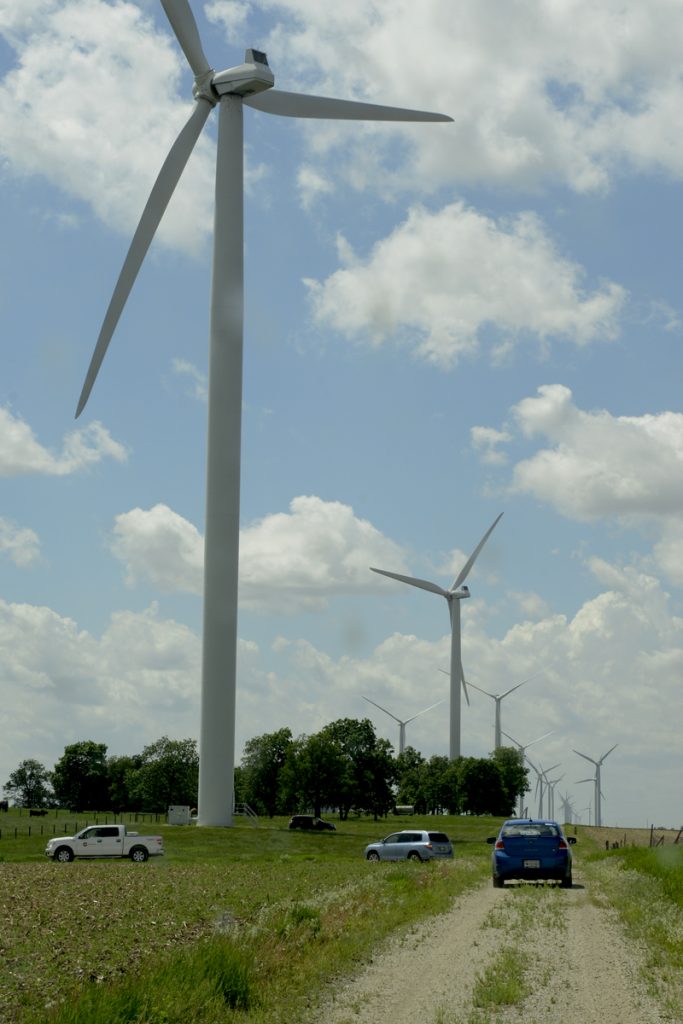 Wind farms like this one in White County, IN have earned a significant role in electrical generation over the last ten years. Iowa and Texas are big developers of wind generation. Photo © BlairPhotoEVV

The consumption of renewable energy is projected to generate more electricity than coal this month for the first time ever, suggesting the United States is reaching a tipping point for clean energy sources, a recent report from by the Institute for Energy Economics and Financial Analysis (IEEFA) says.

The IEEFA report notes that seasonal considerations like a higher demand for hydro power in spring and coal plants being taken offline during low demand periods contribute to these figures.

This isn’t the first time that coal has been passed by a competitor.

Natural gas surpassed coal for the first time in 2015 as the largest producer of electricity, again primarily as a result of seasonal considerations, the report noted.

Since then, the consumption of natural gas has continued to grow.

In 2015, coal and natural gas each accounted for 33 percent of the electricity market. By 2018, a gap began to widen with natural gas’s share rising to 35 percent while coal’s dropped to 27 percent. The gap is projected to widen even further in the coming years.

Now, wind and solar are joining natural gas in pressuring the struggling coal sector, which has seen a 39-year low in consumption this year.

Part of the problem is the maintenance of coal power plants, which is very expensive and drives up power costs. To combat rising costs for both the companies and their consumers, many companies are investing in clean sources like solar and wind as they become cheaper.

Coal’s decline has been rapid. In 2010, 45 percent of total power generation came from coal. By 2018, that percentage tumbled to just 27 percent. Projections say coal will continue to drop to an estimated 24 percent by 2020.

“Five years ago this never would have been close to happening,” Dennis Wamstead, research analyst at IEEFA, told CNN Business. “The transition that’s going on in the electric sector in the United States has been phenomenal.”

It could take some time before renewable energy permanently surpasses coal on an annual basis. It wasn’t until 2016 that natural gas surpassed coal for good, becoming the United State’s No. 1 power source.