It’s been nearly two years since then head of LincolnLand Economic Development Corp., Tom Utter promised citizens of Dale that Riverview Energy would conduct an “open forum” where residents could ask questions of plant sponsors. Now, twenty-three months later, neither LEDC nor Riverview has conducted any such forum even though repeated requests for such a session have been made by the public. 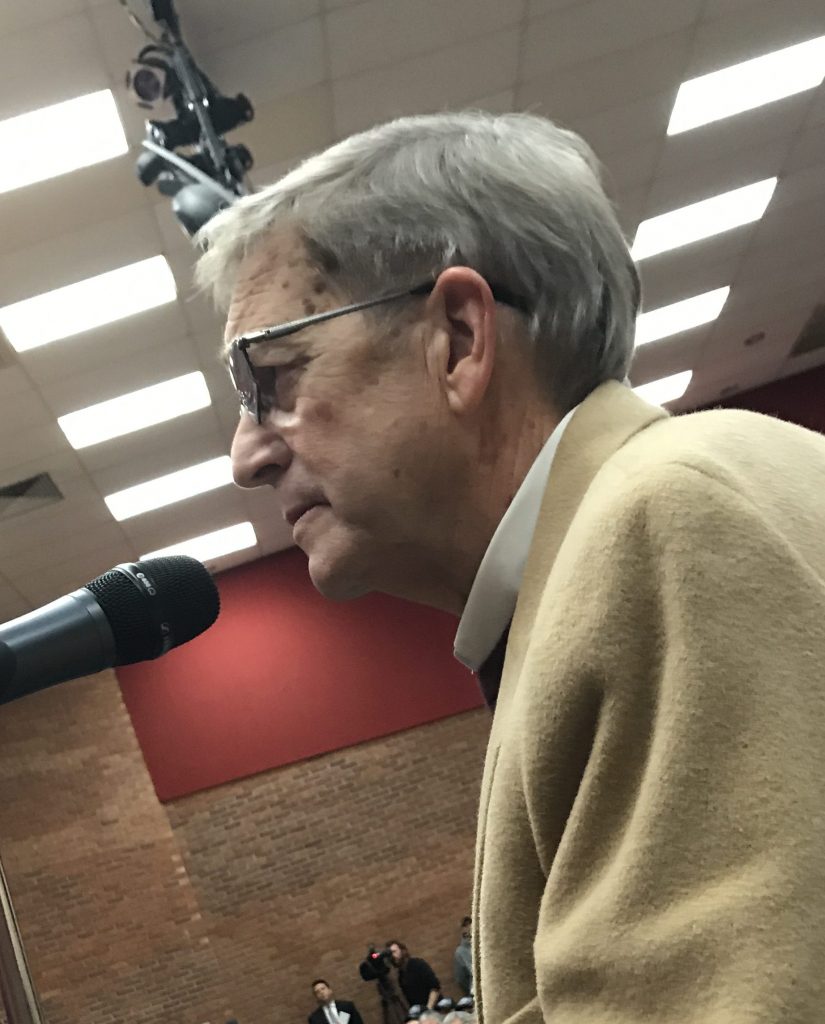 Tom Utter, Former Executive Director of LincolnLand Economic Development Corp. has been the number one cheerleader for the development of the Riverview coal refinery since 2017 when Riverview was kicked out of Vermillion County after six years of broken promises. Photo: © 2018 BlairPhotoEVV

In the meantime, the Indiana Department of Environmental Management (IDEM) has issued a construction permit for the massive refinery which will permanently light up the night sky for miles around, forever altering life as we know it in Dale. It should be noted that already the judge hearing the appeal filed by Valley Watch and SW Indiana Citizens For Quality of Life found that IDEM issued a permit to pollute without following Indiana rules for public participation. IDEM refused to share information with citizens about the refinery prior to the hearing held December 5, 2018, even though the groups had filed formal “Public Records Requests” for that information as early as June 2018.

So, we have a corporation, Riverview, which desires to operate in secrecy being backed by a government, IDEM, that wants things opaque and out of the hands of the citizens who will be most impacted by a totally experimental venture.

It should also be noted there are only two of these experiments operating anywhere in the World. One in China and one is Russia. Neither of those plants have any public records of emissions and according to the IDEM permit reviewer, were not even in operation when the permit was issued. It is also probable that neither of those refineries even uses coal as a feedstock so even if emissions data was available, which it is not, that data would not be reflective of using coal as a feedstock. 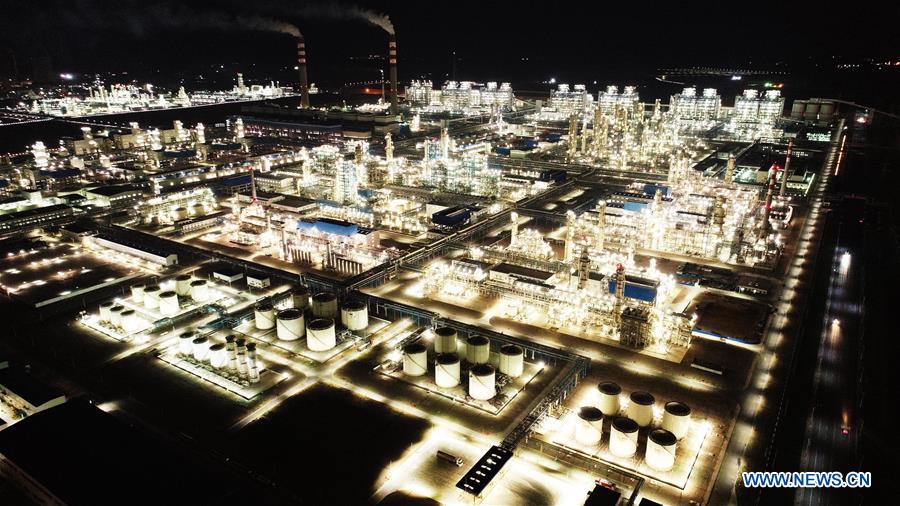 This night picture of the experimental plant built in China shows it as part of a much larger petroleum refinery complex. Because of its proximity to the conventional refinery, it is likely that instead of coal, it uses petroleum coke, a refining waste as feedstock. Photo credit: News China

It’s not only emissions, including known cancer-causing chemicals, that concern locals because there are serious safety issues that also need to be addressed before the first spade of earth is turned to construct the plant.

Among those safety questions is how will emergencies at the refinery be handled and by whom. We know that the sponsors claim they will produce 105,000,000 gallons of naphtha annually. FYI, naphtha is the primary ingredient used in cigarette “lighter fluid,” a chemical that can easily ignite with a single spark.

Consider this. A single day’s production of naphtha at the refinery will equal almost 287,671 gallons. Every drop of that is highly explosive and if a single day’s production was all that would ever be on the site, please imagine the fireball that would rise from Dale if it were to ignite either accidentally or as an act of terror. Such an explosion would rattle windows as far away as Jasper and level the Town of Dale.

Add to that, the resulting fire from the slower burning daily output of diesel fuel-552,328 gallons, a fire might burn for days, even weeks polluting local streams with run-off and filling the air we breathe with noxious fumes jeopardizing everyone downwind.

As good as it currently is, the Carter Township Fire Department, would not be able to fight such a disaster. To do so would require the assistance of first responders from maybe 100 miles around, leaving those communities vulnerable to reduced protection.

You might say, “But, John, you paint the worst-case scenario for a disaster.” You would be right. But consider this. The President of the Riverview has zero experience in building and operating a giant multi-billion dollar experimental refinery. In fact, prior to his appointment as President of Riverview, his only professional experience was tutoring high school students for their SAT tests to gain college entrance. That seems unqualified to me.

To recap: Riverview has a novice managing construction and operation of a plant that will be handling some of the most explosive material on the planet. They have chosen secrecy about nearly every facet of their proposal, including actual emissions, financing, and other questions of significance. Further, the regulatory body that is supposed to protect us, issued a permit without answering legitimate and legal questions further increasing secrecy of the permitting process. This plant will be a giant public safety risk handling enormous quantities of combustible material but citizens are left in the dark as to how those risks will be mitigated.

BOTTOM LINE: Spencer and Dubois residents are expected to shut up and go along with something that will permanently alter their lives and present huge risks to their health both near and long term. Why? So a man from Connecticut who has zero experience can seek to make a fortune from an experiment likely to require taxpayer assistance. Are you willing to take that risk?

1 Response to Two years of secrecy shows Riverview Energy to be an unqualified, unsafe, unfit neighbor