About ten years ago, I wrote the following Top Ten Reasons to Oppose Nuclear Power. Since then, proponents of the extremely expensive technology have assured us that they have changed and that there would be no more Three Mile Islands or Chernobyls but yesterday’s earthquake near Japan has changed that game significantly.

1.  Every 1000 MW reactor creates enough Plutonium (Pu) to build forty nuclear bombs, each year. The half life of Pu is 24,000 years and it takes a minimum of ten half lives-240,000 years for it to decay to a level that is safe. Man has been on earth some 60,000 years. I cannot help but think that if we were bent on producing such large volumes of Pu that some despot, at some point, perhaps in the not so distant future, would use some of that Pu to initiate some sort of nuclear conflagration that would end up destroying the world.

2. There is still no proven method of handling the massive dangerous high level waste that results from the production of nuclear energy, peaceful or military.

3. ALL nuclear plants are and will continue to be on terrorists’ radar screen. They are without much security and vulnerable to attack that could devastate vast human life and eco systems affecting thousands of square miles. 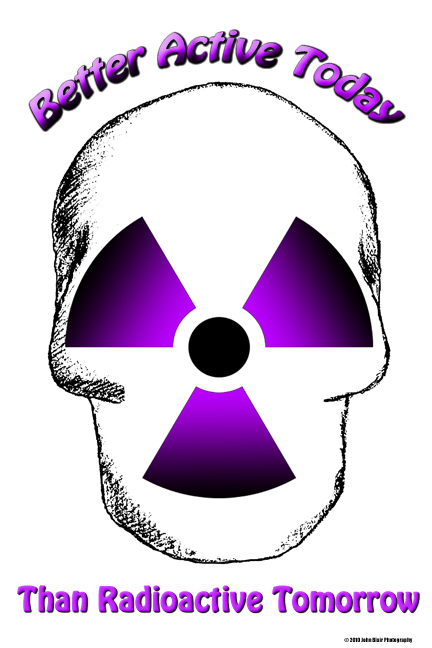 4. Nuclear generated electricity is by far more expensive than wind and even solar photovoltaic cells have become competitive in recent years. The existing plants had to charge more than $.12/kWh compared to the $.05/kWh that coal plants around here cost. When Marble Hill was first announced in 1973, the cost was said to be $700 million. When construction was stopped in 1984, PSI had already spent $2.8 billion and the plant was only 20% complete. And, they used to say that it would produce energy so inexpensively that it would be “too cheap to meter,” but the lies persist.

5. The reason that Bush wants taxpayers to foot the bill is because the capital markets will never support nukes again. They are simply too risky from a safety and investment standpoint for prudent financiers.

6. Already nuclear plants have giant subsidies supporting them that would have to continue, probably into perpetuity, not only to fund their construction but also to severely limit the liability that the private operators would incur. That has been in place since 1954 passage of the Price Anderson Act which limited liability to a mere $560 million when the Nuclear Regulatory Commission even acknowledged that a single accident could cause as much as $13 billion in private damage, and that was in 1978 dollars. Now, the level has risen but remains far short of the damage that could result from a significant accident.

7. The new technologies that are being proposed are not tested-they are no more than theories put forth by nuclear proponents who want to make big bucks by suckering ignorant taxpayers into paying the bills.

8. Tell me one community that wants a nuke in their backyard and by community I mean within the “impact zone” of a possible accident. There are already at least five nukes in Illinois. Clinton, the closest to this area is being proposed as a site for one of the new nukes. Does that make you feel safe? Sen. Frank Church of Idaho once said that the problems with nuclear energy and nuclear waste were not technical but political. My response to that was that people should not be forced to accept such facilities against the collective will as has occurred in Nevada where nearly no one in the state wants the waste to go to Yucca Mountain but the Feds are forcing it upon them. That is ANTI-democratic.

9. Nuclear energy is counter to any energy future that is clean and efficient. It is highly centralized, needs to use massive economies of scale and the building of powerlines using “right of way” generally taken through the use of tyrannical “eminent domain.” Decentralized energy that accompanies big increases in end use and production efficiencies is much wiser use of dwindling resources.

10. Look at your homeowners or business insurance policy and find the “exclusion” which states that you will not be covered for any damages you may have as a result of a nuclear accident. These exclusions were developed by actuaries whose business it is to assess the level of risk that their companies must cover. For nukes, they have found the risk too high to even consider.

Download this page in PDF format
This entry was posted in Uncategorized and tagged Earthquake, energy, nuclear power, nukes. Bookmark the permalink.