March 16, 2011-Editorial by the Ft. Wayne Journal Gazette. Indiana already has a sketchy history with its previous attempts at nuclear power generation. State leaders would be foolish not to take the disaster in Japan as a reminder of the dangers of nuclear power.

As world leaders question the safety of nuclear power because of what’s happening in Japan, Indiana legislators need to do the same thing before moving any further with legislation already approved by the Senate.

That legislation would encourage construction of the state’s first nuclear plant. Safety questions aside, the bill is problematic for its financing scheme.

After a 9.0-magnitude earthquake and subsequent tsunami, the Fukushima Daiichi nuclear plant, on the Japan’s northeast coast, was damaged, causing four reactors to leak dangerous levels of radiation.

On Tuesday, Japanese officials ordered 140,000 people to seal themselves indoors after an explosion and fire at the plant heightened the danger. Officials reported to the International Atomic Energy Agency that the reactor fire was in a fuel storage pond and that radioactivity was being released directly into the atmosphere.

Reasonably, many world leaders have decided to take a closer look at their countries’ nuclear future. Switzerland announced it was putting on hold plans to build new or replacement nuclear plants. The German government put a three-month suspension on its decision to extend the life of its nuclear plants. That decision means two nuclear plants in Germany will soon shut down until a full safety investigation can be completed. 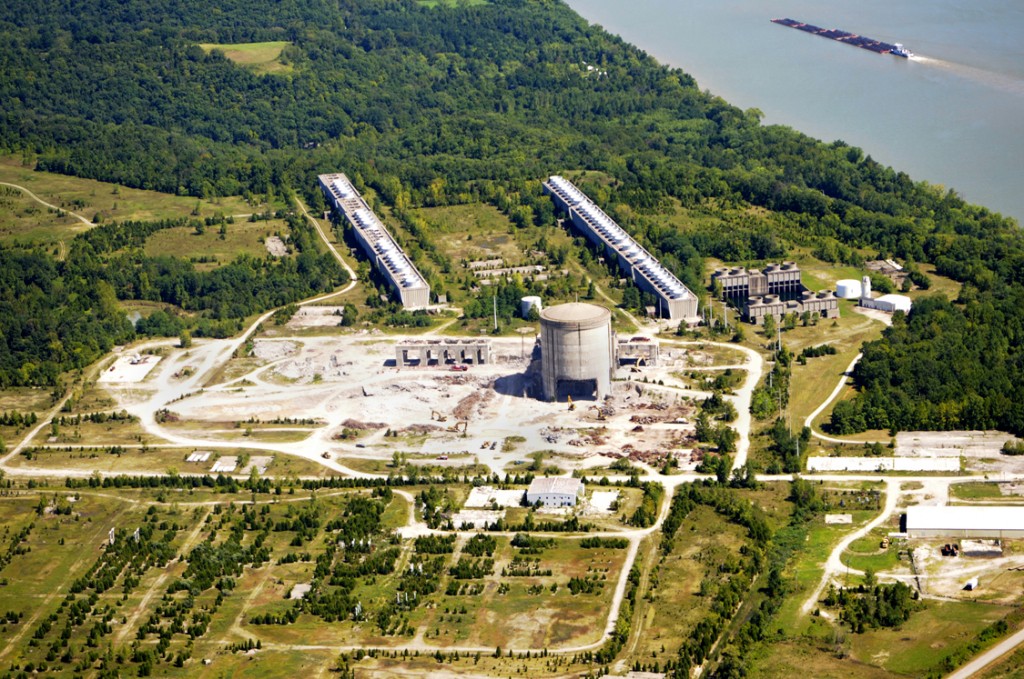 The Marble Hill nuke originally built by Public Service Indiana, now Duke Energy, sits as a morbid tribute to greed gone wild near Madison, IN. Costs were found to be out of control and had increased from $700 million when first announced in 1973 to over $2.8 billion and was only 20% complete when the Administration of Republican, Robert Orr pulled the plug on it in 1984. A similar scenario is now occurring at Duke's Edwardsport coal plant. File Photo shot 8/16/10 © John Blair

Questioning the safety of nuclear power is natural and is needed to ensure that appropriate safety measures are taken. Perhaps the most worrisome safety question in the unfolding Japanese nuclear emergency is that mechanisms and backup systems specifically designed to protect the reactors from such power failures didn’t work. (See Eugene Robinson’s column on the next page.)

On Feb. 22, the Indiana Senate passed Senate Bill 251, which would encourage construction of plants that generate nuclear energy.

Among other things, the bill would allow utility companies to switch the financial burden to build such plants from shareholders to current customers. This financing would represent a marked change in how utilities pay for projects in Indiana, one that deserves more debate.

Indiana does experience earthquakes, tornadoes and flooding, all of which could cause power outages.

It took a generation after the nuclear accidents at Three Mile Island and Chernobyl before fears died down. The passage of time, new technology and concerns about increasing oil prices and global warming have revived interest in nuclear power.

The U.S. Department of Energy is working to expand nuclear energy with a guaranteed loan program that will offer billions of dollars of financial backing for companies investing in nuclear power. Administration officials said they would look to learn from the disaster. They also said the crisis in Japan won’t deter the country’s nuclear power plans. But maybe it should.

Indiana already has a sketchy history with its previous attempts at nuclear power generation. State leaders would be foolish not to take the disaster in Japan as a reminder of the dangers of nuclear power.

A more careful and public examination of all the potential dangers needs to happen before state leaders decide going nuclear is the only way to meet the state’s future electricity demands.

Download this page in PDF format
This entry was posted in Uncategorized and tagged energy costs, Indiana, Nuclear Energy, nukes. Bookmark the permalink.