The Republican-led House has voted to “stop,” “block” or “undermine” efforts to protect the environment 110 times since taking over the majority in January, two senior Democrats said last week. 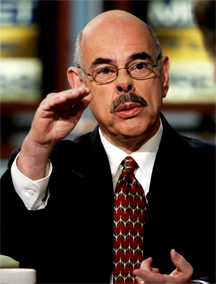 Henry Waxman, the ranking member of the House Energy and Commerce Committee, has long been an environmental champion.

Reps. Henry Waxman (D-Calif.) and Edward Markey (D-Mass.), who sponsored a bill that passed the House in 2009 that would have established a cap-and-trade scheme for greenhouse gas emissions, said the current House has done more to scuttle environmental protections than any in history.

“The new Republican majority seems intent on restoring the robber-baron era where there were no controls on pollution from power plants, oil refineries and factories,” said Waxman, who serves as top Democrat on the Energy and Commerce Committee.

The lawmakers provided a chart of all votes the House has taken since January that they deem likely to have a harmful effect on the environment. Republicans have argued the environmental regulations they targeted are overly burdensome and hurt the economy and job creation.