This is a video shot by Fred McCool and Leonard Judd for WEHT-TV on December 19, 1985. Music and Editing were by then WEHT anchor, Paul Morrison.

I was opposed to the construction of the hazards waste plant because it was not prudent for this region to invite the hazardous waste industry into our midst. We knew that without a fight, there would be others to follow. I was charged with disorderly conduct and later plead guilty to the charge ( I was disorderly, after all ) and spent a night in the Henderson County jail and paid a $ 150 fine. For that punishment, we also received a huge level of good publicity for our battle.

The plant was built and operated for less than five years because our opposition sustained and it became clear to all that Union Carbide, which killed thousands in Bhopal, India in 1984 in an industrial mishap, was not a good neighbor. 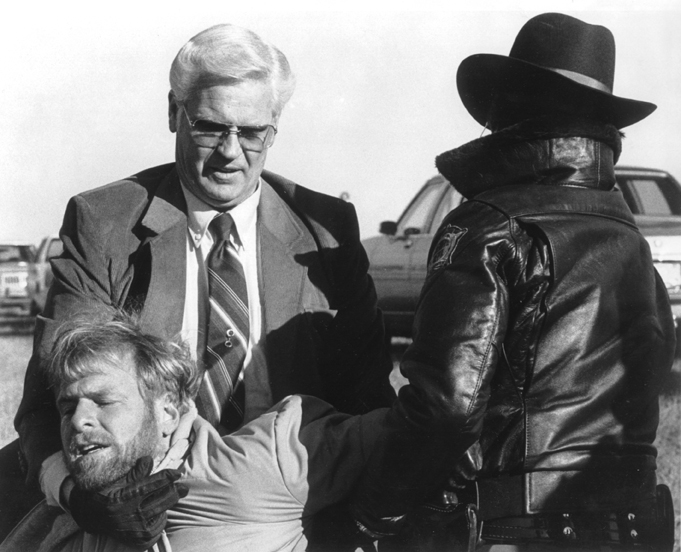 As a result of our fight, three years later, we were able to successfully oppose a proposal by BASF Corp. to place a hazardous waste incinerator in the community as well as several new coal plant proposals in the early years of this century.

I learned a great deal about Civil Disobedience with my action.
1. It must be non-violent;
2. It is always better when it is “active” versus “passive,” and:
3. It should be as symbolic as you can make it so that people will easily understand why you feel compelled to do an act that most people would never do on their own.