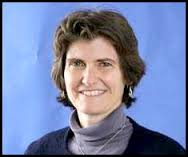 The Supreme Court’s decision on EPA’s Mercury and Air Toxics Standards (MATS) was disappointing to everyone working to protect public health by reducing emissions of mercury and other toxic air pollutants from coal- and oil-fired power plants.  But as we take stock of what this decision means, there are some important factors that make me confident we are still on track to reduce this dangerous pollution and better protect America’s children, families and communities.

Most notably – the Administration remains committed to finalizing the Clean Power Plan this summer and yesterday’s ruling will have no bearing on the effort to reduce carbon pollution from the largest sources of emissions.

Second – this decision is very narrow.  It did not invalidate the rule, which remains in effect today.  In fact, the majority of power plants are already in compliance or well on their way to compliance.  The Court found that EPA should have considered costs at an earlier step in the rulemaking process than it did.  The court did not question EPA’s authority to control toxic air pollution from power plants provided it considers cost in that step.  It also did not question our conclusions on human health that supported the agency’s finding that regulation is needed.  And its narrow ruling does not disturb the remainder of the D.C. Circuit decision which unanimously upheld all other aspects of the MATS rule and rejected numerous challenges to the standards themselves.

Third – this decision does not affect other Clean Air Act programs that address other sources and types of air pollution. It hinged on a very specific section of the Act that applies exclusively to the regulation of air toxics from power plants.  This is important to understand because it means that rules and programs that reduce other types of pollutants under other sections of the Clean Air Act—like ozone and fine particles (smog and soot) can continue without interruption or delay.

The decision does not affect the Clean Power Plan, which EPA will be finalizing later this summer and which will chart the course for this country to reduce harmful carbon from its fleet of existing power plants.   That’s worth repeating: The Court’s conclusion that EPA must consider cost when determining whether it is “appropriate” to regulate toxic air emissions from utilities under section 112 of the Act will not impact the development of the Clean Power Plan under section 111.  Cost is among the factors the Agency has long explicitly considered in setting standards under section 111 of the Act.

Fourth – America’s power sector is getting cleaner year after year by investing in more modern technologies.   Since President Obama took office, wind energy has tripled and solar has grown ten-fold. The Clean Power Plan will build on these current positive trends.  That means cleaner air in communities across the country, as well as a boost to our economy as we build the clean energy system of the future.

Finally – What’s next for MATS?   From the moment we learned of this decision, we were committed to ensuring that standards remain in place to protect the public from toxic emissions from coal and oil-fired electric utilities.  We will continue to work to make that happen.  There are questions that will need to be answered over the next several weeks and months as we review the decision and determine the appropriate next steps once that review is complete.  But as I’ve already noted, MATS is still in place and many plants have already installed controls and technologies to reduce their mercury emissions.

After nearly 45 years of the implementing the Clean Air Act, there have been many more victories than defeats as we’ve worked together to clean the air and raise healthier children and families.  Despite the Supreme Court’s MATS decision, the agency remains confident that the progress we’ve made so far in improving air quality and protecting public health will continue.

Editor’s Note: The views expressed here are intended to explain EPA policy. They do not change anyone’s rights or obligations.