Update: Further research has shown that the Beacon Street monitor in Ft. Wayne had a 24 hour average on Sunday, July 5 of a huge 84.75 µg/m3 with a high of 405.53 µg/m3. Editor’s Note: How can a state agency whose purpose is the protection of health for Hoosiers so blithely disregard these phenomenal levels of pollution? It almost defies reason and logic.

July 4th is a day set aside for celebration, a national holiday in the midst of summer, a time for reflection on our freedoms. It is also a time when fireworks light up the evening sky both as community celebrations and, in fireworks crazy Indiana, a time for every man, woman and child to have their very own displays in their own backyards.

Yes, it is also a time when kids get their fingers blown off and this year one stupid man decided to set off a mortar shell from a perch on top of his head and blew up his head when the shell was launched. But explosive safety aside, fireworks also present a conundrum when it comes to environmental health.

This year that conundrum got pretty out of hand in Indiana. Monitors across the state (few as they are in number) recorded high to extremely high levels of fine particles from the evening of July 3 to the end of July 5.

It is the job of the Indiana Department of Environment Management to issue air pollution “alerts” when levels of so called criteria pollutants reach levels that are considered “unhealthy” for both “sensitive” populations as well as the public at large. But this year, IDEM and most local agencies that are suppose to protect citizen health completely dropped the ball and ignored the extremely high levels of fine particles that permeated Hoosier air for nearly three days. 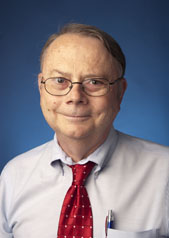 Keith Bauges, head of IDEM’s Office of Air Quality is not only a Global Warming “denier” but feels that alerts should be issued only after the fact.

US EPA, after dealing with politics and a hostile congress set the level of pollution that is considered unsafe at 35µg/m3 as a 24 hour average. That was a “compromise” standard set by the administration of George W. Bush although it is clear science that levels lower than that can impact human health especially for people who suffer from a wide array of respiratory disease.

In other words, when the level reaches 35µg/m3 air quality is not good and breathing it could be harmful to some people’s health. As it goes higher, more people are impacted in an linear progression.

This past weekend, levels recorded at one monitor on the west side of Indianapolis called the “West 18th Street Monitor” fine particles rose to a whopping 280 µg/m3 at 1 AM on July 5 and remained high throughout the day and evening averaging 75.15µg/m3, twice the 24 hour standard. A day before, on July 4, fine particles averaged 44.35µg/m3 also well above the standard, topping out at 256.47 µg/m3.

When I brought the high one hour figure to the attention of Keith Bauges, Assistant Commissioner for Air Quality for IDEM, he was quick to remind me that they deal with a 24 hour standard, saying in an email, “…the national ambient air quality standard for PM-2.5 is established based on an exposure of 24-hours.  Unless these high hourly readings result in a daily exceedance we would not call an air quality action day.”

That can be read to say that the standard has to be exceeded for 24 hours before they will issue an alert. But then what will an alert “after the fact” mean to anyone who has already been to the emergency room because they could not breathe? In this case, they did not even follow their own rather inadequate protocol since the West 18th monitor clearly exceeded the 24 hour stand on July 4 but no alert was issued for July 5 which was actually the worst day for pollution in that area.

The head of the Evansville Environmental Protection Agency told a reporter today that if he were to issue an alert every time pollution levels might exceed the standard that he would be issuing alerts “so often it analyze its significance.” For decades local officials have been reluctant to issue alerts when warranted because they have claimed that it would be bad for economic development, assuming that potential business suitors would not want to locate in an area with sustained air pollution problems.

It has been the position of Valley Watch that people should be notified when air quality is bad before it gets worse and that both local and state agencies have a moral obligation to protect people’s health the best they can. Apparently that is not a position held by those in charge. Earlier this year the Evansville monitor exceed the 24 hour standard for several hours and although the monitor was recording levels significantly higher than the 24 hour standard, those levels fell before the 24 hour standard was violated. Valley Watch complained to no avail.

Valley Watch contends the problem lies with the fact that acute exposure to fine particles in a short period also has potential severe health consequences for those who are exposed during the higher levels. If the region is approaching the level established by EPA for a 24 hour standard as it did on July 4 & 5, it seems logical to err on the side of health protection by issuing an alert instead of opting to pretend, “No Problem, Man!”

We are hopeful that both state and local governments will heed our advice and routinely seek to educate people about the health impacts of all pollution, including that which revelers on Independence Day cause. But in this case you should not hold your breath.